I have reviewed quite a few car seats in the past year. During that time, I have gained quite a bit of knowledge about the different types of car seats available. I’ve been asked a few times what my thoughts are when it comes to Five Point Harness VS Impact Shield, so I thought I’d share my thoughts today.

Rear facing is proven to be the safest option when it comes to stage 1 car seats. In my experience, most children are not happy looking at the back of the seat once they are ready for a stage 1 seat. We bought Sam a rear facing one, and he screamed constantly the entire time he was in it. We ended up switching Sam to forward facing as soon as possible. What has this got to do with Five Point Harness VS Impact Shield though, I hear you ask? Let me elaborate…

Recently, there has been a lot of discussion about stage 1 seats using shield restraints (also referred to as safety cushion, impact shield, tray shield), and how dangerous they are. Britax released a video which shows a child “Crash test dummy” coming out of a car seat with an impact shield when it had a roll over crash at 29MPH. The child slipped out of the seat during the 2nd roll, and was thrown from it completely on the 3rd roll. (You can find the video HERE). The video makes for alarming viewing.

Britax are saying that impact shields aren’t as safe as 5 point harnesses in roll-over car accidents (Which they say make up 5-10% of all accidents). This may be the case, but Shields are still approved forms of restraint for forward facing, stage 1 car seats in the EU. These tests involve a roll test, but it is a static roll test. The britax roll test was a moving one, which they say, “More accurately represents real life conditions”.

Sam has used both types of carseat. The differences between the two are clear in these images:

*Please note: Sam is wearing a thin jacket in both images…
It’s not safe for a child to wear a thick coat in their car seat* 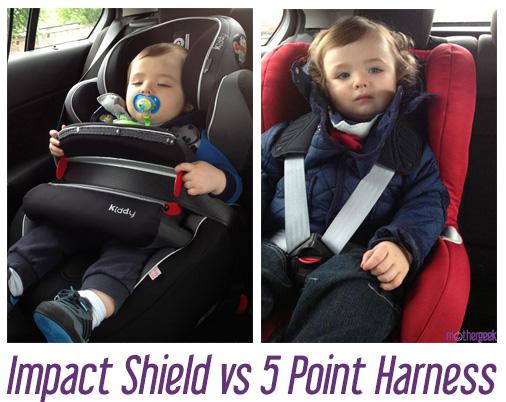 Kiddy is the largest manufacturer of impact shield seats in the EU.

My Thoughts On Five Point Harness VS Impact Shield

We have reviewed a Kiddy Phoenixfix Pro car seat (Left hand photo, above). We stopped using it when we received the Britax Trifix to review, because I struggled to reach over the Kiddy car seat to click in the seatbelt when I was heavily pregnant. I
liked it though, and Sam was very happy sitting in it.

The car seat we had before the Kiddy Phoenixfix was a forward facing stage 1 seat, and Sam screamed constantly in it. He would cry himself to sleep almost every time we were in the car. To say it was distracting would be the understatement of the year. I never felt safe driving when he was like that, as my attention wasn’t fully on the road.

The Phoenixfix made a HUGE difference! I felt much safer driving with Sam in Impact Shield carseat than I had with him in the previous seat. (Sam was equally happy in the Trifix, when it arrived), though.

When a friend was at her wit’s end due to her child refusing to get in the car, I offered her the Kiddy Phoenixfix car seat to try. Her toddler took to it immediately, and has been fine in the car ever since.

The point I am trying to make is that car seats with 5 point harnesses may be safer in rolling accidents, but shields are still legal. So it is down to parents to make an informed decision when purchasing their child’s car seat.

The best advice I can give is to try them out. Most reputable places will let you put the demo model into your car to check it fits before you buy. Sit your child in the seat at this point and see how they get on.

Personally, we are using two Britax Five point harnesses. I gave the Kiddy Phoenixfix to my friend, and her toddler has been using it happily for 7 Months. My friend is well aware of this video, but has said that she will take her chances. She feels she is less likely to have an accident if her child is happy in the car, rather than screaming constantly.

This is not a sponsored post. I just wanted to share my thoughts on the whole Five Point Harness VS Impact Shield debate.

Finally: If you’ve enjoyed this post, why not check out more of my family blog posts? 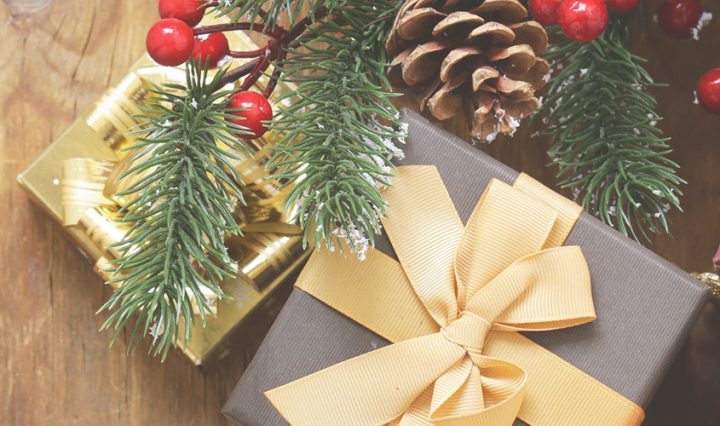