I blogged this several months ago, but last month, I realised I had deleted the post in error. (It was one of *those* days)!

I am re-writing the post, and linking up with Messy Play for Matilda Mae! 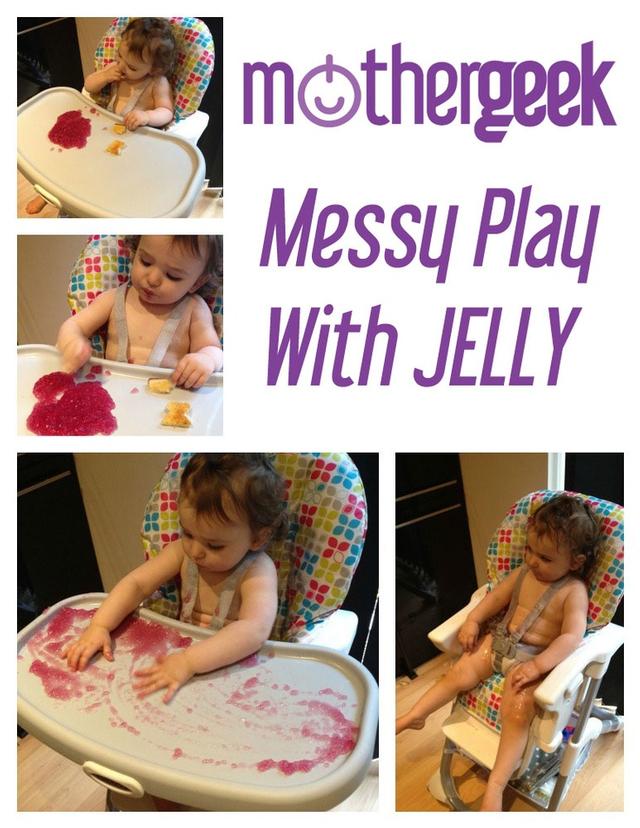 Sam was about 16 Months old when we did this activity. I stripped him down to his nappy, and popped him into his High Chair. (It is a Graco Duo Diner) – it has a HUGE tray, which is ideal for contained messy play of this kind.

Sam had been eating a slice of toast on his highchair, just before this activity. I thought he had finished, but no sooner had I plonked the jelly on his tray, the toast reappeared!

Sam dipped the toast into the Jelly to start with. Eventually, he stuck his fingers in and slurped some Jelly from his fingers. He kept looking at me like I was crazy. In the end, he started picking pieces up and eating it. Lots got dropped down him, and then he began sloshing it around the tray.

He seemed fascinated by the “solid” jelly (Or Jello if you’re on the other side of the pond) turning into liquid. After around 20 minutes, the jelly had all been eaten/turned to liquid, and Sam got bored. I took the tray away, and took a photo of the damage. Sam was sticky from head to toe!

I carried him up to the bathroom and gave him a bath. He seemed to like the activity though. Writing this post has reminded me just how much he enjoyed it. I am thinking perhaps next week will involve plonking both babies in the bath with a load of Jelly for company.

Do me a favour, though… Don’t tell DaddyGeek! 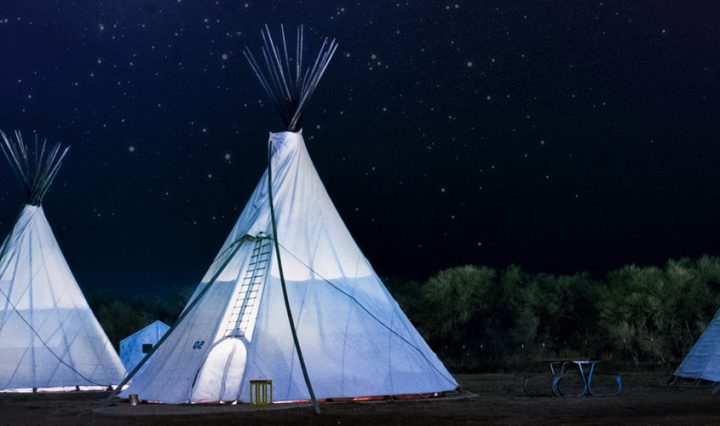