Soreen has been around for a LONG time – Since 1939, in fact. We used to go through a lot of it when I was a kid. Every time my Dad saw anyone eating a slice, he’d say… “Shh… Doreen’s having her Soreen”!

Who remembers the Doreen’s having her Soreen adverts from back in the day?

SHH – Doreen’s having her Soreen

Times have changed, though. Soreen isn’t just that plain brown malt loaf any more – it’s a large range of snacks, these days. I buy a LOT of their products. Sam is a huge fan. One of his many quirks is that he will only eat dry food, so Malt Loaf is one of his favourite snacks.

Back in 2009-2010, I lost over 60lb following a low fat eating plan. Soreen was my go-to treat. I used to have two unbuttered slices with a cup of tea almost every day. At under 1g of fat per slice, it was a perfect sweet treat while I was on such a strict plan.

When Soreen offered to send us out a hamper of products to try, I was more than a little excited. We received a fab box containing…

The first 2 items listed were products we hadn’t tried before, so these were the first to get opened. 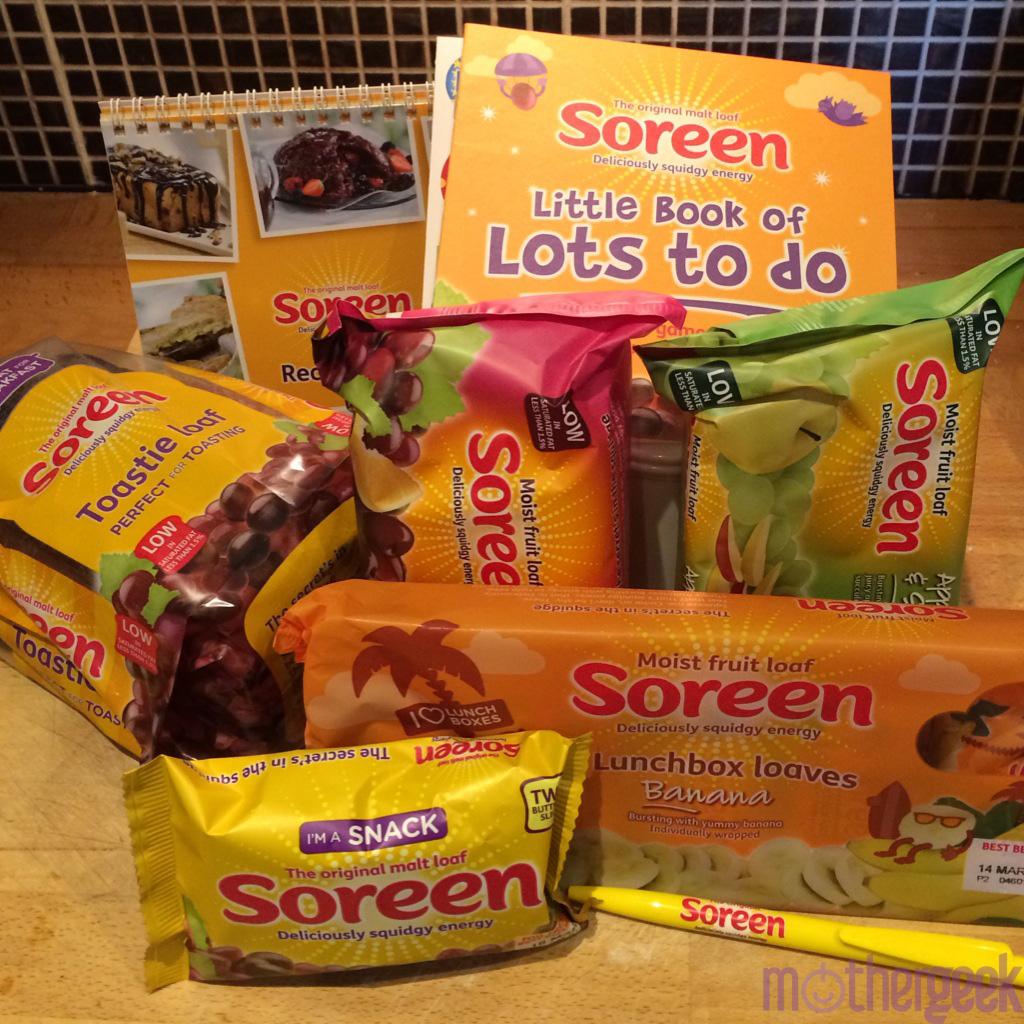 DaddyGeek opened and inhaled this before I’d even seen it! He tells me it was delicious, but he found it impossible to split the two slices up. He said it was soft enough to eat them sandwiched together, though and he’d buy them again. Two thumbs up from DaddyGeek!

It’s a Fruit Loaf, but it tastes just like Soreen AND it fits in your toaster – RESULT! Sam and I both loved this. I enjoyed it with plenty of margarine on for breakfast. Sam ate it for Breakfast too – without butter on it! The loaf contains Milk, so Syd wasn’t allowed to try it. I have bought this again since we received this one to review. I’ll definitely buy it again.

We buy these a LOT! It is one of only a handful of snacks which Syd is allowed! (She is Dairy and Soya intolerant). These are always in the cupboard and I even have an emergency stash of them in the changing bag! They are Sam’s favourite snack too. At only 95 calories per bar, and just 0.3g Saturated Fat, I think they are a healthy, filling snack to help see kids through til Tea Time. I have to be honest – I don’t really like them. They are a bit too sweet for me. The kidscan’t get enough of them, though.

We have had this loaf before and will buy it again. It contains sultanas, raisins, cherries, lemon and orange. Sam practically inhales this when it is chopped into small pieces. DaddyGeek is a huge fan too. It contains milk, so Syd isn’t allowed this one. At just 73 calories and 0.8g of fat per 10th of a loaf, it’s a really healthy snack, too. We will buy this again.

This one is Syd-Safe! (Dairy and Soya Free). She loves it! All of us do, in fact! Out of everything in the hamper we received, this was my favourite! We’ve bought it before, but I don’t think I got to taste it last time. Now that I have tasted it, I will definitely be keeping an eye out for it in future!

We also received a fab recipe book and activity book. Loads of the recipes sound amazing, but I haven’t baked any of them (yet)! The Chocolate Soreen Flapjacks are on my to-do list, though! You can check out other Soreen Recipes HERE

While I was browsing their website to find the nutritional info for this post, I spotted this bad boy! 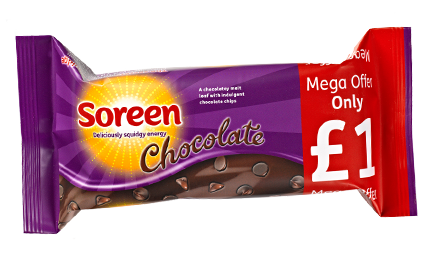 It’s not Syd Safe, but I think I’ll have to get one anyway. You know… just so I can say I’ve tried it! Has anyone seen this anywhere yet?! Either I have been walking round Tesco with my eyes shut, or it isn’t out yet!

This is not a sponsored post. I was sent the items to review, but all words and opinions are my own.