Last week, we hosted a Doc McStuffins Twitter Party. We invited some of Sam and Syd’s friends round to our house for games, food and fun while I shared our shenanigans via Twitter. I thought I’d share a post party round-up with you guys now, to see what we got up to, and hopefully give you a few ideas if you ever throw a Doc McStuffins party for the small people in your life…

Sydney was VERY excited about having a Doc McStuffins party. She insisted on wearing her Doc outfit, having Dottie style hair, and getting every single one of her Doc McStuffins toys out. (There’s a LOT of those in this house)! 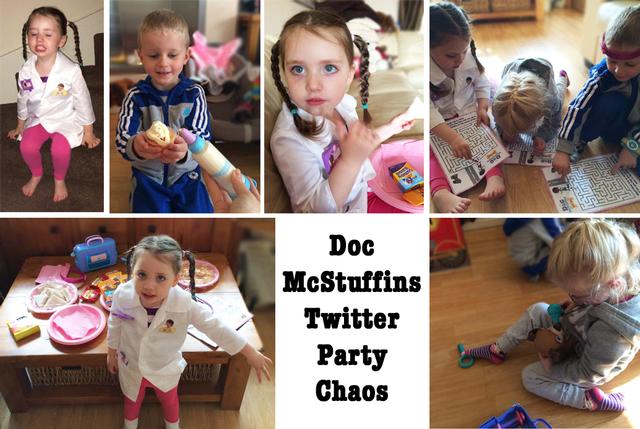 Once everything was ready, Sydney stood guard over the food and snacks until her friends arrived. When they got here, the three of them got stuck in, playing with all of the Doc McStuffins toys. The new range features items focusing on Doc’s new Pet Vet clinic. In the show, she has now started fixing animals as well as toys, so the new range reflects this.

Thomas and Lucy spent ages “fixing” their toy animals. Baby Amelia slept through most of the party, and Sam was a bit too overwhelmed and took himself off to his bedroom after 5 minutes of fun.

Firstly, we played pin the plaster on the puppy… Find was injured and the kids had to stick plasters on his poorly parts – while blindfolded. I have to say, trying to guide hyper, blindfolded 3 year olds round is no mean feat! Us mums were shattered after this game!

We decided to skip the memory game as the kids were all getting hungry (and us mamas needed a breather after the blindfold shenanigans)! So the kids got stuck into the grub, instead! Once we’d all filled our tums with the healthy stuff, we moved on to decorating the cakes. I decided early in the week that I’d let the kids use our icing syringe, as it looks like Doc’s syringes. The kids were all a little amazed by the big “medicine” syringe. They took turns and all of them seemed to really enjoy this activity.

Once their bellies were full, the kids got stuck into the Doc McStuffins mazes we’d been sent. They had to lead Findo the dog back to Doc McStuffins. The kids really struggled with this activity, and even the Mamas didn’t get it right first time – we got there in the end though!

The kids had a brilliant few hours. Once the pre-planned games were finished, they invented their own… They built a pyramid from the cups and ran Jump and Go Squibbles into them, to knock it down. The kids spent half an hour doing this. They loved their goodie bags and enjoyed the activities. Squabbles and the interactive Doc and Pets set were definitely the kids’ favourite toys from the new range.

Thanks to Flair and Disney for setting up the Doc McStuffins party – we had a brilliant time! The toys are available soon from Smyths Toys and other outlets. Watch all new Doc McStuffins on Disney Junior. Finally, check out more of our family blog posts here! 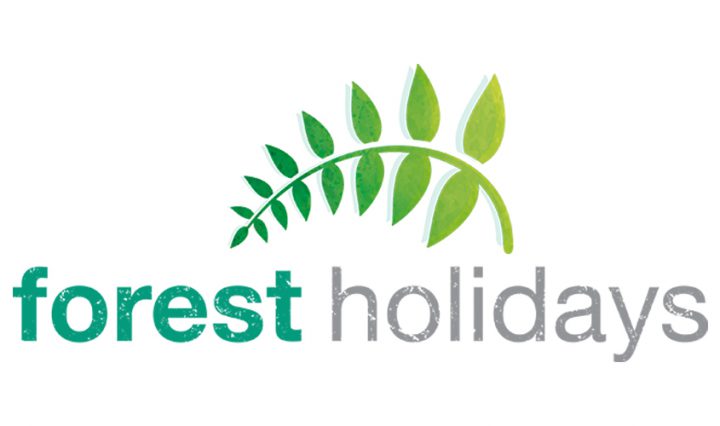