The kids have both been full of colds, and I’ve had some time away from the computer over Easter, so here comes a massive catch up! 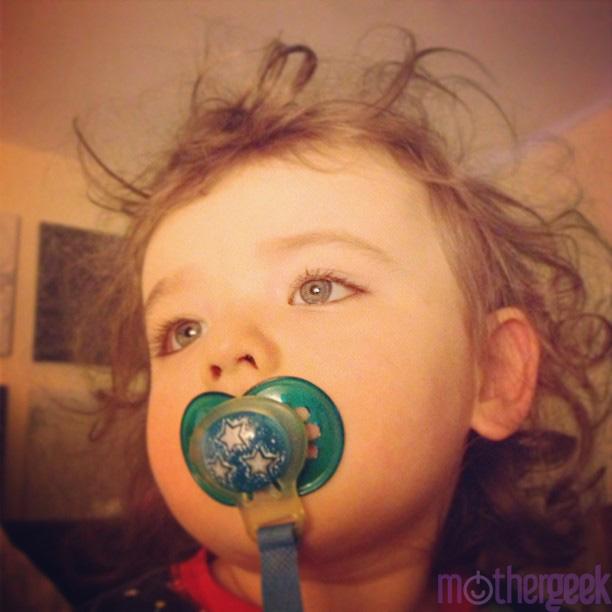 Sam ended up getting in our bed in the middle of the night, as he was really restless. At around 7am, Syd woke up and started babbling. This is Sam’s unimpressed, “you woke me up” face, and bed head. 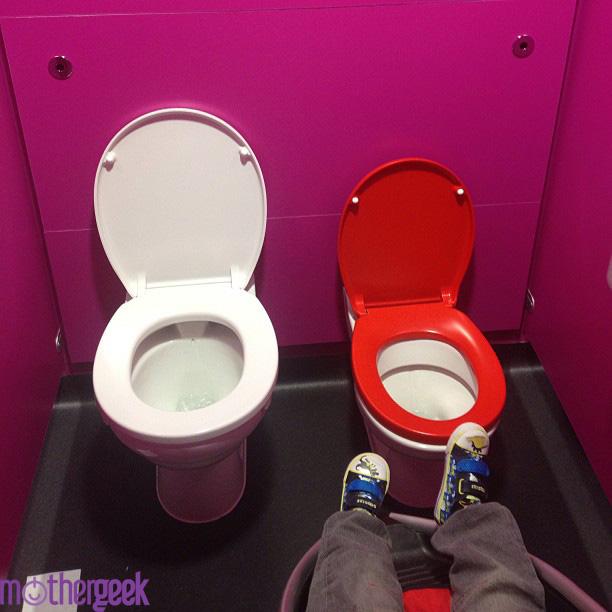 We went to the new Kiddicare store in Aintree, and I was super impressed by the Mummy and child toilets. There was plenty of room in the cubicle for our Phil n Teds pram, too! 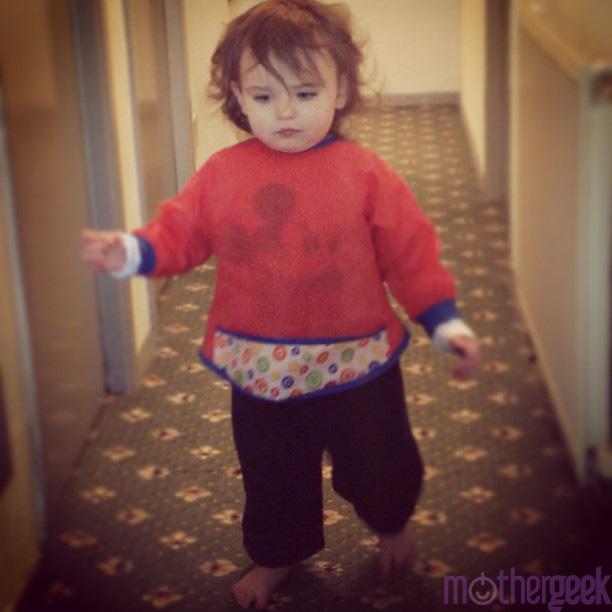 We went to visit my Aunt, and Sam decided it was about time he did some proper walking. He spent the entire afternoon walking up and down this hallway! These were some of his first unaided steps! (More than 4 at a time, anyway). 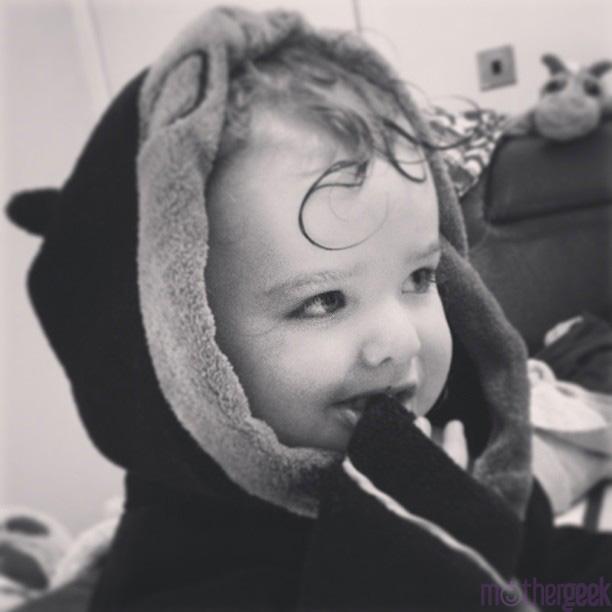 I had to have “the talk” with Sam at bath time – you know… the one about not doing headstands in the bath…! 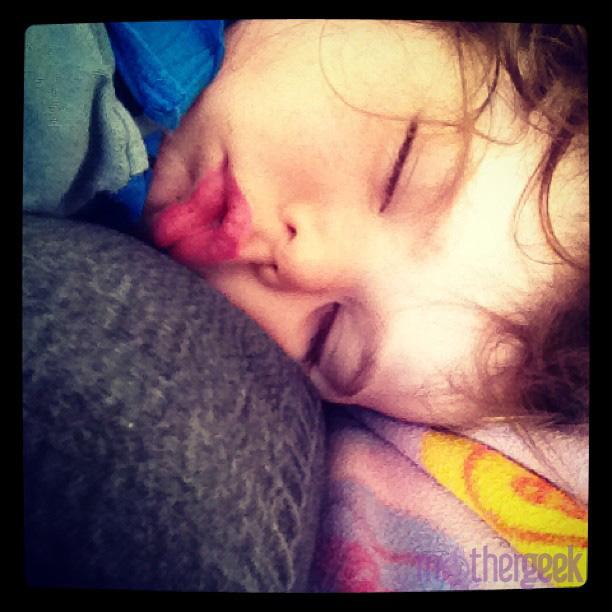 Sam was really snotty today. He had a bad night’s sleep, and flaked out over my lap at lunch time. This photo reminded me of the kid in the “YOP” advert… “Gimmie Yop, me mama… Yop, me mama…” 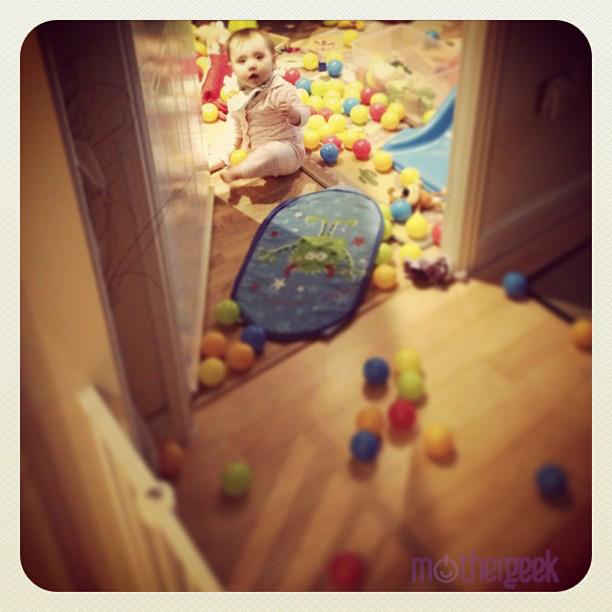 The kids made fools out of me this morning… They tipped 200 ball pool balls over the floor before 8am. It seems colds don’t de-activate their “Terrorise mama” missions! 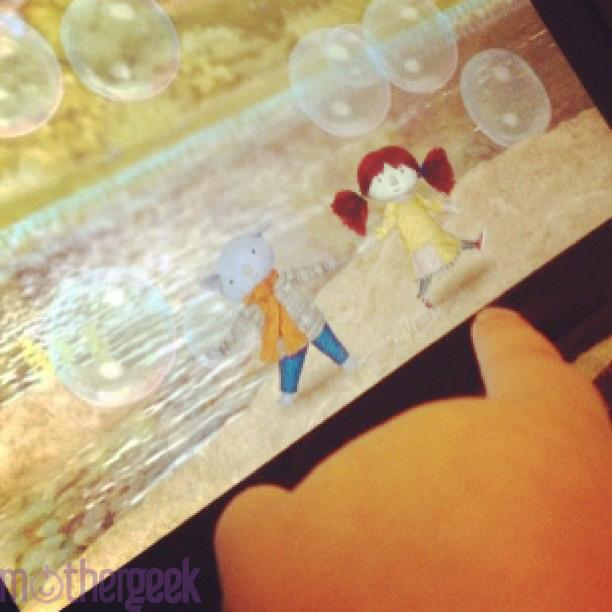 Syd’s cold is in full force now. We spent the day at home so she could keep warm. Sam had his first go on the cbeebies website (via my iPad). He was an expert at popping those bubbles!