I was recently sent a Winnie the Pooh Playground Junior Duvet by the guys at Character World to review.
The first thing I thought when I received it was that the colours were lovely and bright – perfect for a Nursery.

Upon opening it, I was a little disappointed to feel the quality of it. I decided to give the duvet set a chance though, and washed it. I have to say, it felt much better after it had been washed. It isn’t 100% cotton, but it was definitely cosier after a spin through the washing machine. I gave it a quick iron and put it on Sam’s cot. (He’s not really old enough yet for a duvet and pillow, but I couldn’t resist having a look)!

I have to say, I thought it looked great, and really brightened up his nursery.
I have had the quilt and pillow on the playroom floor, and Sam was more than happy to nap with them, and to roll around, playing on them too. As Sam isn’t 1 yet, and safe sleeping guidelines state only using a quilt and pillow from this age, we will be using it for supervised nap times only until his birthday.

The quilt cover is for a Junior quilt, so measures 120cm x 150cm (Bigger than a cot, but smaller than a single). The pillow case measures 42cm x 62cm.

All in all, I think the set is lovely to look at, the only thing I didn’t like was the fact it isn’t 100% cotton.
Though Sam didn’t seem to mind this!

I’d recommend it to friends, but would advise they wash it before use. 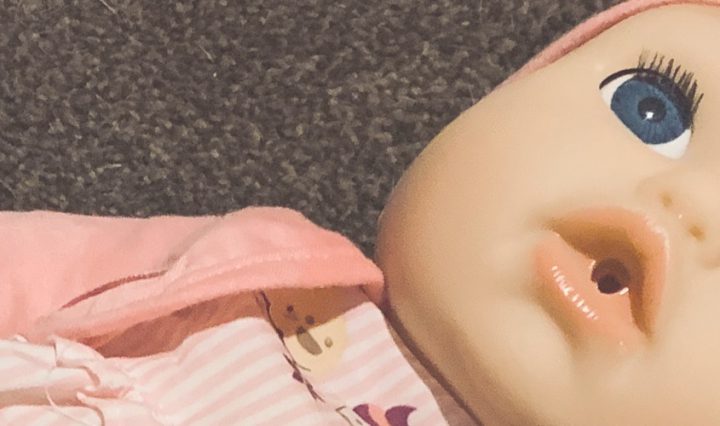