We were recently asked to review the Schleich Giant Volcano Play Set. It has an RRP of £99 and is suitable for children aged 5 and over. Rather than spending ages explaining what’s included and how it works, I made this demo video so you can see for yourself…

As I mention in the video, it took me hours to put together. I’d definitely assemble the Schleich Giant Volcano on a hard surface. Carpet definitely not the way to go!

My children are 4 and 5 years old. My Son (5) has Autism and rarely plays with toys. He took a real shine to this play set, and has spent hours playing with it. So much so, he’s been boycotting bedtime in favour of exploring the Volcano. 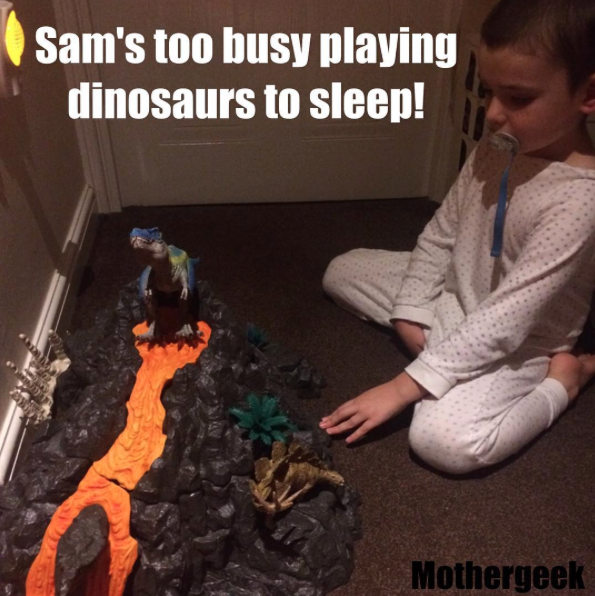 Sam particularly enjoys the rock slide. He loves “stomping” the T-Rex on the trigger rock, and watching the rocks fall down onto Mr T-Rex. Sam can’t put the rocks back unaided yet, so I do spend a lot of time with him… Putting the rocks back over and over again.

Sam also enjoys pressing the tree roots so they catch his hand. This is a great source of amusement for him. (The video above shows this better than I can describe it to you).

The attention to detail on the Volcano and all the included accessories is amazing. All of the items are painted to a high standard and feel chunky and very high quality. The Volcano itself is pretty weighty. It’s not something either of my children can carry round the house by themselves. 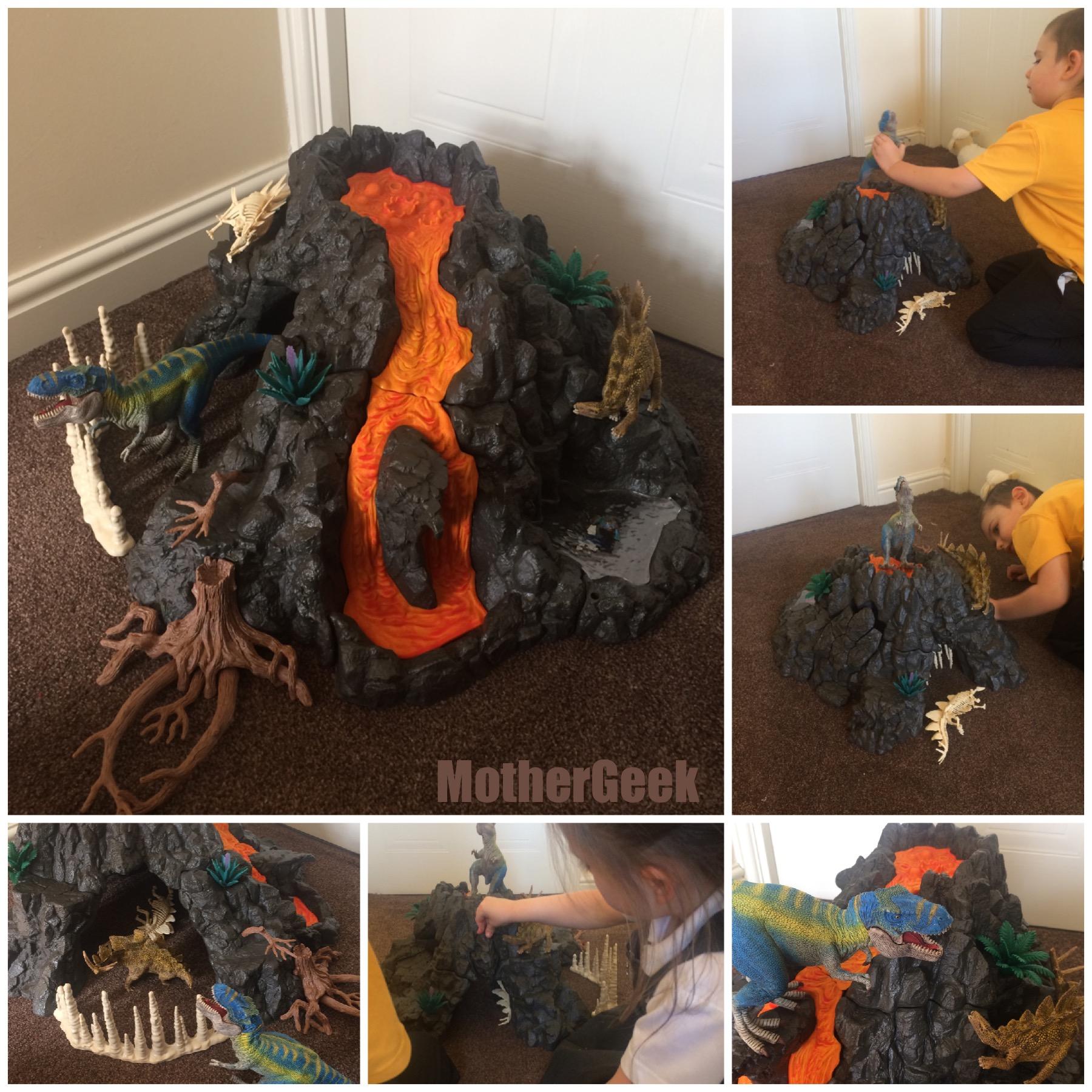 My 4 year old daughter enjoys playing with the set too. She likes to hide the “skellington” (Stegosaurus skeleton) inside the cave. Then drop down the Stalactites to keep it safe from the “naughty T-Rex” as she calls him.

This product is definitely not “just a model”. It is engaging and has opened up the children’s dinosaur play into a whole new dimension. My daughter has been asking questions about lava, rocks and fossils since playing with this set. So it’s proven to be a great way to sneak in some learning during dinosaur play as well.

All told, we really like the set. As long as you have space to keep it assembled, i’d definitely recommend it to anyone with a dinosaur – mad child in the house. Finally, check out my other reviews here.