This competition has now closed and the winner has been notified.

In our house, Christmas Eve always involves watching The Snowman on DVD. It is a DaddyGeek tradition, and it is set to become a Batman and Robyn tradition, too.

The film was originally based on Raymond Biggs’ picture book, and aside from the song, “Walking in the air,” it is completely wordless. 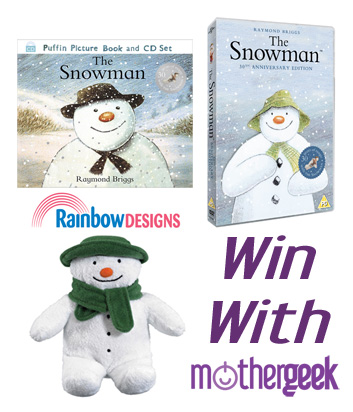 The film follows the adventure of a young, red haired boy, and the amazing twilight adventure he has with the snowman he built. I don’t want to give too much away, in case you haven’t seen it, but it is a wonderfully festive film, which is perfect for viewing on Christmas Eve or after Christmas Lunch (Which was tradition in my house). Please let me know if you haven’t seen the Snowman – I am under the impression everyone has!

This year, The Snowman is 30 years old! It is actually older than I am.

To celebrate the 30th Anniversary, Universal have released a 30th Anniversary Edition of the DVD, and blu-ray. As well as the 26 minute long film, the DVD also contains over 35 minutes of Special Features. These include audio commentary from the team behind this Christmas masterpiece. The DVD and Blu-Ray are available to buy from 5th November. The DVD’s RRP is £6.99 and the Blu-Ray RRP is £9.99. It has a PG certificate.

Universal and Penguin have given me a Snowman DVD, CD, Bean Toy and Book set to give to one of my readers.

To enter, simply leave a comment below, telling me when you think The Snowman is best watched. (Christmas Eve, Christmas Day, or another time of your choice).

For an extra chance to win, you can Tweet: I would like to win The Snowman 30th Anniversary Goodies With @TheMotherGeek bit.ly/mgeek2

The competition will end on Monday 5th November at 12 noon. The winner will be drawn at random, and notified via email or twitter within 24 hours. If the winner fails to respond within 48 hours of being notified, their prize will be forfeited and another winner will be chosen. 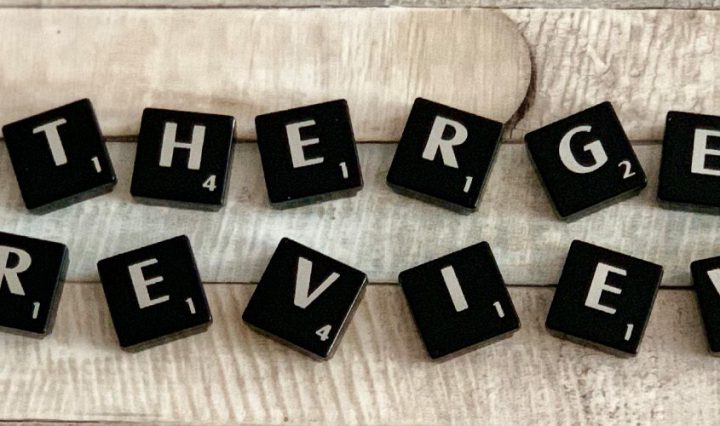