Sam is 6 now and has Autism. He attends a Special Needs School 11 miles away from home. A new school year is always going to be a challenge for him, but this year will see more changes than usual, so we are having to plan ahead. Today I am sharing our back to School plans for Sam. Until now, I have driven Sam to and from school myself, but from September he will be traveling in a taxi with 1-1 support from a council appointed escort.

Back to School Plans for Sam

I am both terrified and looking forward to this new change in routine. As much as I love spending time with the parents at his school each morning and afternoon, the 2.5 hours a day I spend commuting is a serious drain on my day. 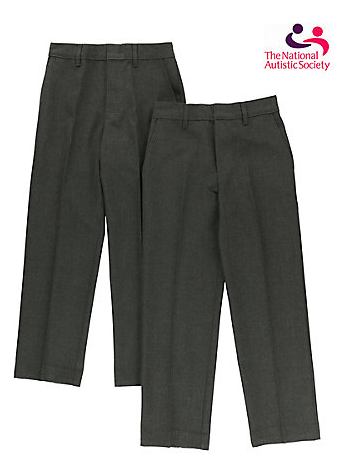 This change isn’t one which we have taken lightly though. Sam’s sister’s school is being relocated and will be almost a mile from our house. Hubby’s arthritis means there are bound to be days when walking to and from school with Syd isn’t an option. So I’ll be on hand to do Syd’s school runs now.

I am looking forward to playing a more active role in Syd’s school life from September too. Especially getting to know more parents, teachers and her friends as well. I’ve already got the majority of Sam’s school uniform. I got him the Special Needs pull up school trousers from M&S way back in May when they were on offer.

I’ve ordered the rest of Sam’s “off the peg” uniform and his bag was kindly sent to us from the team at Sambro. The LEGO Batman Movie 3D backpack has an RRP of £18.99 and is an epic 3D Lego Batman one. It is 2 bags in 1, so will be ideal for keeping his lunch well away from his PE Kit! You can use it as 1 big bag or 2 separate ones (shown below). 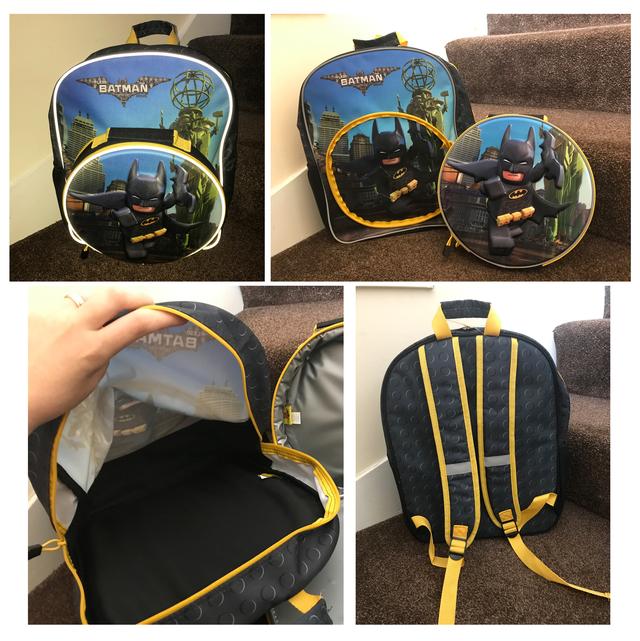 I love how much space there is inside the main compartment. Sam has to take a fair bit into school with him some days. At various points in the week, he has to take swimming stuff, his PE kit, pull ups, spare clothes and spare shoes in there, and his old bag wasn’t big enough to hold more than his lunch.

Most days last year, I ended up passing a second bag to staff as he went into school. I can’t do that next year though, so this larger bag is perfect for us.

The detail on the bag is fantastic and I love the lego print used on the back, sides and straps. The front part easily zips on and off the main bag, and it has its own handle too. This means Sam can juts take the small part with his packed lunch in it down to the dining hall if he wants to.

Sam’s not one for having his photo taken, but I promise he has seen and loves the bag! I’d say it’s best suited for children aged 7+ as it is on the large side, so would probably be a bit bulky for smaller kids.

Uniform wise, all I need to sort for Sam now is embroidered jumpers. (Which must be collected from the shop near his school). Plus his new  school shoes. He needs ankle boots, and I know which ones he’s having. So it’s literally a case of licking those up when I am out. They are down from £55 to £25 in Sports Direct at the moment – Aren’t they cute!

We won’t know for sure who Sam has got as his taxi driver or escort until the last week of August. However once we know, I’ll be using their names and talking to Sam about the changes. I’ll mention the car he will be going into, in the hope of making the transition as easy as possible for him.

Sam’s moving into a new class this year too, so it’ll be a lot of change for him when he does go back to school. Fingers crossed he takes to his new teacher and support team and enjoys Year 2 as much as he enjoyed Year 1.

I wish I was this organised with Syd’s school uniform. I haven’t bought her a single thing yet – She goes back to school first, too! How are your “back to school” plans coming along?

Finally, check out more of our family blog posts here.

Check out the #SmileWithSambro hashtag on Twitter on 3rd Aug – there will be loads of giveaways.