Earlier this year, we cancelled our Sky+ subscription to save money. I haven’t missed it really – except for the ability to record stuff, and to pause live TV. I didn’t think we used this feature much – until it was gone! I didn’t realise just how many dummy runs we had to do during one episode of Downton until we couldn’t pause live TV! When I saw that Mumsnet were looking for 10 bloggers to test the Humax 500GB Freesat+ with FreeTime box, I had to apply! 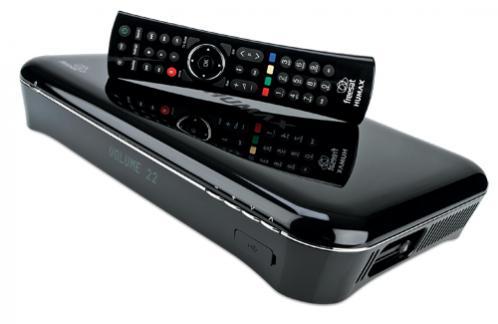 If you’re not familiar with Freesat, it is a subscription free set top box which gives you access to 180+ TV channels. (View all the channels HERE). The box connects to your satellite dish connections – not a TV aerial like freeview. It includes HD channels, and you can access BBC iPlayer, ITV Player, 4oD and Demand 5 too – as long as your box is connected to the internet!

When the box arrived, I made a quick unboxing video – just so people could see what was included.

Once I had unboxed it, I set about unplugging the old sky+ box and installing the new Freesat one. I didn’t pick up the manual, and the entire process took 7 minutes! That included setting up the internet connection too. It did take another 5 minutes to tune in, but I could do this part from the comfort of my armchair. It was very easy! You do need to have a satellite dish for your freesat installation to be so simple, though.

I immediately began scheduling all of my TV shows to record on series link. One feature which I loved when doing this was if I chose to record something on a “normal” channel, it would give me the option to record it in HD instead – if it was available. This makes the entire process much quicker! (I used to hate trawling through, looking for the HD equivalent on our sky+ box).

A few nights later, I sat down to watch the Downton episode I’d recorded, and it wasn’t there! I was beyond confused. A bit of googling later told me I needed to make sure the box was powered on and off every day to prevent it freezing. Luckily, it is a 2 minute job to set the box to auto power on and off every day. In “Settings,” I set a daily auto power-on / power-off at 06:00 – 06:20am – This has resolved the problem for me, and I am happy to report I can now record and watch Downton successfully – HOORAY!

I have loved the fact I can pause live TV again. Sydney likes to disturb our TV viewing – frequently! We used to watch almost everything online as it had become almost impossible to watch a show live on tv. Now that we can press pause to settle her back to sleep, it means we get to watch a bit more tv than we have in a while. You can pause recordings too, of course – or pick up where you left off if you have to stop watching for a long period.

A few things to note about are: The ability to watch things which were on earlier is not available on all channels or all shows. It is available on selected channels with on demand services on Freesat. (Anything which is available to watch on BBC iPlayer, ITV Player, 4oD or Demand 5 will play). This service came in VERY handy last week when I forgot to series link “Ripper Street”. I remembered 20 minutes into it that it was on, but thanks to Freesat Freetime, we were able to watch it an hour after the original airtime, on our TV! It took literally 10 seconds to buffer, and there was no glitching on screen. It was just like watching it live, on standard definition.  Two huge thumbs up for this service! It’s brilliant!

The Humax 500GB Freesat+ with box will also record 1 channel while I watch another. It lets you record two different channels at the same time, and you can watch something you’ve recorded earlier while it is doing that, too! (Perfect if you need to record Sunday night’s xfactor and strictly while your hubby is catching up on the F1).

We don’t need it yet, but the parental controls are fab too. As well as blocking some channels with a pin number, you can actually hide channels from the TV guide altogether. The front of the box also has a digital display to show which channel you are watching – see! 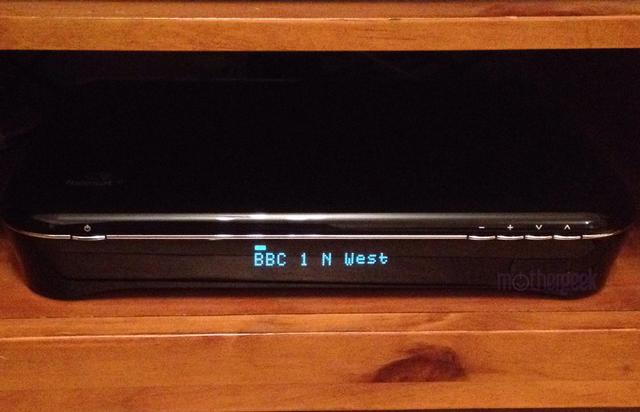 The navigation is easy to use too – it did take me a few days to get used to the remote control, but now I’ve been using it for a month, I love it. The search feature is much better than Sky’s – in my opinion! I am definitely happy with the Humax Freesat Box, and we won’t be returning to Sky any time soon.

Humax are offering an exclusive discount code to my readers – purchase a 500GB Humax Freesat+ box for £199, a saving of £30. Just enter the code: FT30 when ordering.

I am a member of the Mumsnet Bloggers Network Research Panel, a group of parent bloggers who have volunteered to review products, services, events and brands for Mumsnet. I have not paid for the product or to attend an event. I have editorial control and retain full editorial integrity.

This is not a sponsored post. All words and opinions are my own.