The June Centerparcs Family Blogger challenge is to make a den. My
two children are only 1 and 2, so getting them to help make a den was…
challenging impossible!

After several failed
attempts, I decided on Plan B. My kids are known as Batman & Robyn,
and they have a LOT of superhero toys. I decided to make a den for MINI
Batman and Robyn instead! 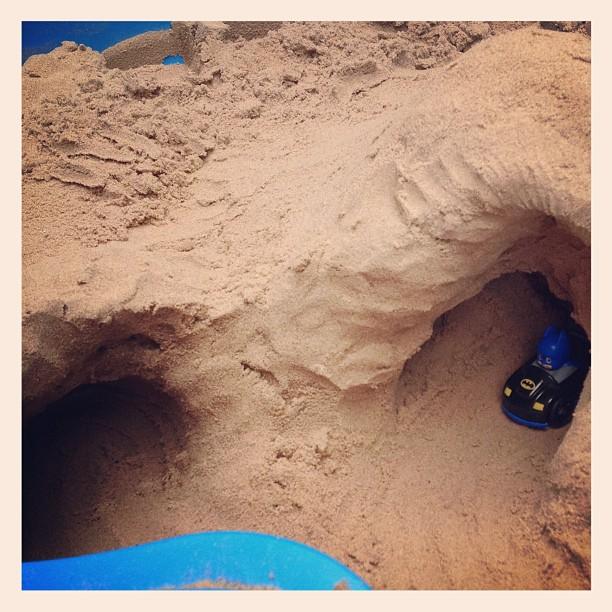 I made a huge pile of sand in the sandpit, then used a spade to dig out the cave. I made two openings – one for Batman (pictured) and one for Robyn (not pictured, as Sam had stolen him)!

I was very excited and had visions of them playing happily with their new batcave for ages. The reality was a bit different…!

Sydney leant on it and caused the cave to collapse on Batman 2 minutes after I put her in the sandpit!

The next day, I decided to remake the batcave, on a bigger and better scale. This time, I made 3 entrances, and linked them all up, so they were tunnels. 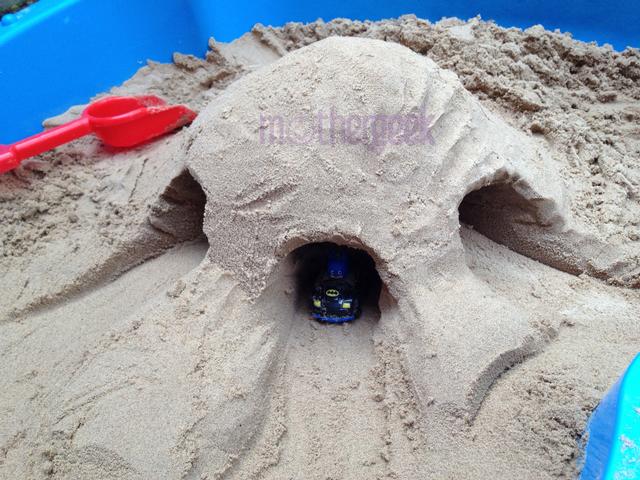 I took these photos and then showed Sam my masterpiece. It took him approximately 5 seconds to steal Batman and run away (on his knees)! Sydney then decided the batcave looked tasty and took a handful of the roof to chomp on. 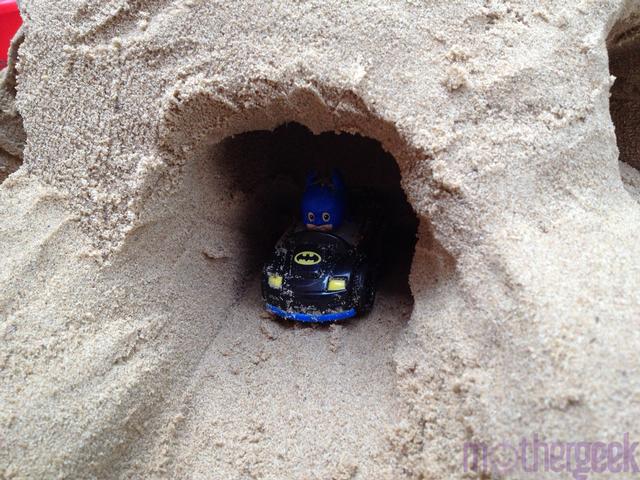 I decided at this point to call it a day with the batcave. Sam and Syd are clearly not happy for Batman and Robin to have a den half as cool as theirs…. 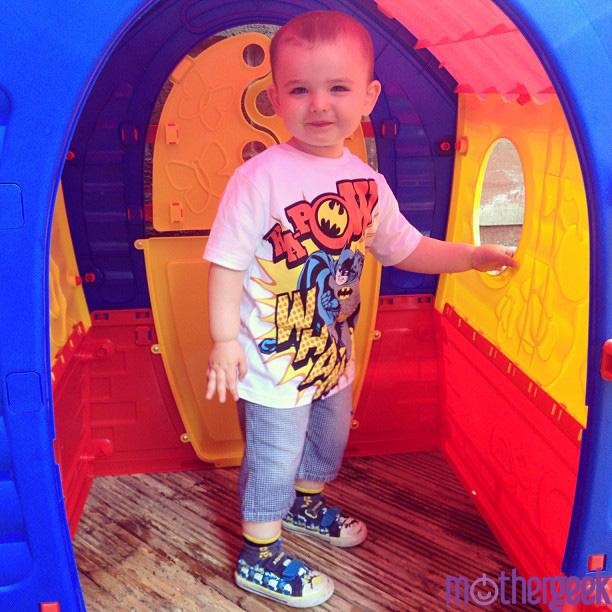 If you’d like to be in with a chance of becoming a Centerparcs Family Blogger, why not join in with this Month’s challenge?

We went on our Centerparcs Family Blogger holiday last week and had an AMAZING time! Stay tuned for my full review!