Sydney was due on 30th June. From about 30th May, I was having false alarms frequently. Read on to hear Robyn’s Birth Story from start to end!

On the evening of 23rd June, I began getting tightenings. I monitored them, and timed them too. While I tried not to get excited, I did tweet, asking how close together they have to be before its labour and not another false alarm. I suspected it would be a few weeks until I was writing Robyn’s birth story.

By around midnight, the contractions had slowed right down. So I decided to take 2 Paracetamol and go to bed, as it was probably another false alarm. By 2am, I was awake again. The contractions were too intense to stay lay down, so I got up and made myself comfy.

I began timing the contractions, and pretty soon, they were every 5 minutes. Just before 3am, they dropped down to about 4 minutes apart, so I decided to wake up hubby as we had been told to go to the hospital as soon as they were 3 minutes apart.

When hubby got up, he decided he needed a bath. So while that was running, I was sat in the bed with my feet up trying not to panic. (We had nobody to look after Sam). Just as hubby was about to get into his bath, I felt lots of pressure and jumped up from the bed. My waters had broke!

The next contraction was much more intense than the others had been, so I rang the hospital and was told to come in right away. At this point, I began to panic. I rang my auntie and got her out of bed to ask if she would look after Sam. We then got all the bags sorted and I put Sam into his car seat.

Just as we were ready to leave, I realised we had 2x stage 1 car seats in the car. (We had been testing one, and one was Sam’s usual seat. It’s a nightmare to fit, so I had left it in the car as well). I set about trying to remove the 2nd seat so I could put the infant seat in. By this point, my contractions were every 2-3 minutes and lasting about 40 seconds each. With every contraction, I had to stop! After 15 minutes of us trying in vain to get the seat out, I told hubby he would have to come home and do it in daylight. (There wasn’t space in the boot for the infant car seat).

We finally left for my aunties at 4am. The 20 minute drive to her house felt like a lifetime. When we got there, I got out of the car and felt a huge gush (more waters leaking). From the next contraction onwards, I wanted to push. I decided not to tell hubby as he was already looking very stressed out! I kissed Sam goodbye, thanked my auntie and then we headed to the hospital.

The last contraction I had in the car lasted for over 90 seconds. The urge to push was overwhelming, but I managed not to push. I didn’t want a car park delivery. The contractions were now every 2-2.5 minutes.

At 4.45am, we entered our birthing room. The midwife (Wendy) then asked how my last labour had gone. I told her it had been very quick and without pain relief. I don’t think she believed me when I told her I was fully dilated when I got to hospital when I had Sam. Wendy told me to get my nightie on and she would examine me when she got back with the drugs and cannula. I went to the bathroom and had the most overwhelming urge to poo. I was convinced I actually needed a poo, but was too scared to do one in case I delivered the baby as well.

When I got onto the bed, Wendy asked how far I thought I was. I said I wanted to push so I thought I was fully dilated, but I hoped I was only 7cm so I could have a poo! I think Wendy was a bit taken aback by that. She examined me and the conversation went like this:
W: Well… You’re not 7cm dilated.
T: I’m not?
W: Nope… You’re fully dilated. Wow.

Wendy then checked baby’s heart rate and my stats. Everything was perfect so she set about trying to get the cannula into me. She eventually got it into my arm on the crease of my elbow! All the time she was doing this, the contractions were coming thick and fast,. However, I was breathing through them, not pushing. Once the cannula was in, the real work began.

Sorry If I Poo

I apologised in advance in case I poo’d while I pushed. (Hubby was looking somewhat faint at this point). Then at the start of the next contraction, the pushing began. 5 contractions later, Sydney was placed on my tummy! I had walked into the delivery suite at 4.45am and Sydney was born at 5.25am. I’d had no pain relief and needed no stitches! I was told we could go home as soon as they knew baby’s Blood type (to see if I needed anti D or not). 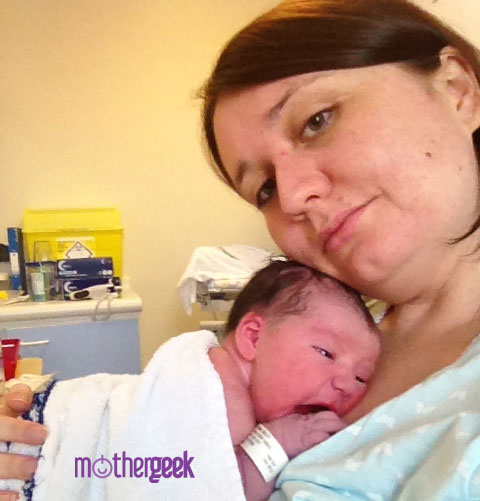 We had 3 possible names for our new arrival: Caitlin (Which we had both loved for ages. It was the name Sam was going to have if he had been a girl). Alicia (The name we decided on when we found out we were having a baby girl. This was the name we had told everyone we were using). Sydney (the late entry, which we’d kept secret from everyone as we knew people would have plenty of opinions on it). We both decided we loved this name about a week before the baby arrived.

What’s In A Name

When she was born, I asked hubby what we should call her. He said he liked the newest name choice, so we settled on Sydney. The Midwife then asked us if she had a middle name. We said we weren’t sure, but were thinking of Robyn. (I had told her about the Batman & Robyn nicknames in between contractions). Wendy then said we HAD to have Robyn in there somewhere, so we did! We decided to call her Sydney Robyn.

Sydney and I had 2 hours of wonderful skin to skin while hubby went home for her car seat…! Sydney latched well, and I felt great. She was finally weighed at around 2 hours old – she weighed 7lb 10oz. I managed to shower and dress while hubby was away, and get Sydney ready too.

We were allowed home at around 10.45am. Hubby hadn’t managed to get either of the car seats out – isofix had well and truly fixed them into place! I decided it would be easier to turn off the airbags and sit Sydney in the front passenger seat. While I’d squeeze in the back, in between the stage 1 seats we couldn’t get out.

Of course I had forgotten my rear end was wider than the average arctic lorry, and wouldn’t fit. So with Sydney comfy in the front, I spent 15 minutes dragging Sam’s usual car seat out of the car, so I could go home too!! When I was finally sat down in the car, I noticed a release button for the “stuck” car seat – typical!

We eventually got home at around 11.20am. I was achy and tired, but stayed awake for the visitors!! If you’ve enjoyed Robyn’s birth story, why not check out Sam’s here! 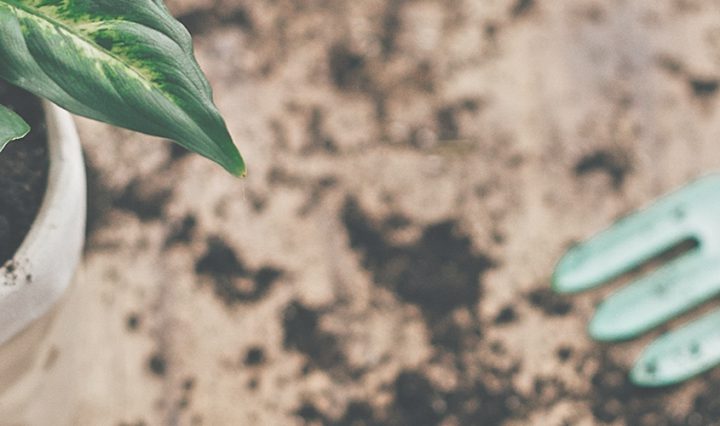 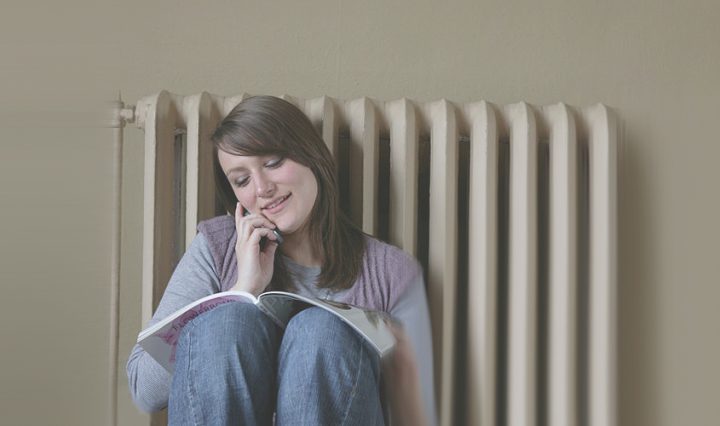 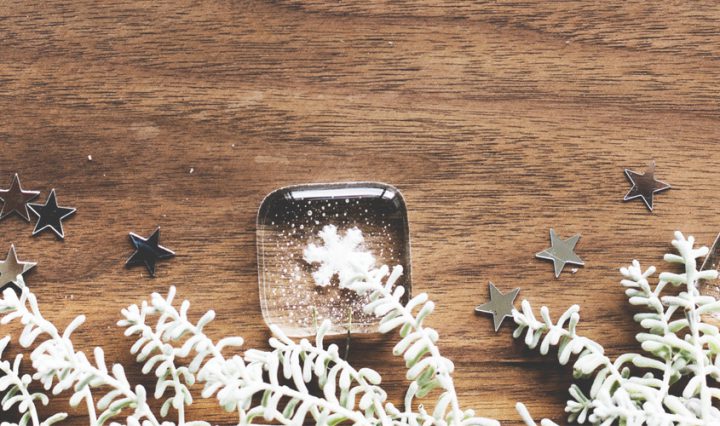 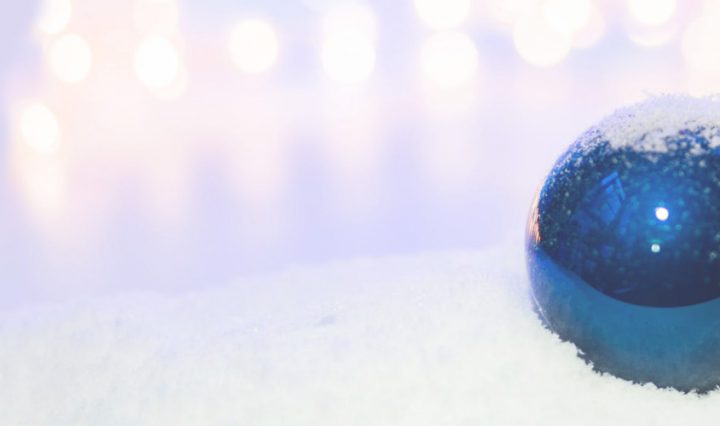