It is no secret that I love Sylvanians. I bought Sydney Beechwood Hall for Christmas last year, mostly because I always wanted a Sylvanians house as a child, but never got one.

Syd has finally started to play with it now, and was very excited when we received a Golden Labrador Family Set and a Golden Labrador Baby to review. The family set contains a Mum, Dad, Brother and Sister Labrador. Sydney used zero imagination and decided they were called “Mum, Dad, Sam and Syd”. Sydney tells me the poor Baby Labrador is called “Baby”. 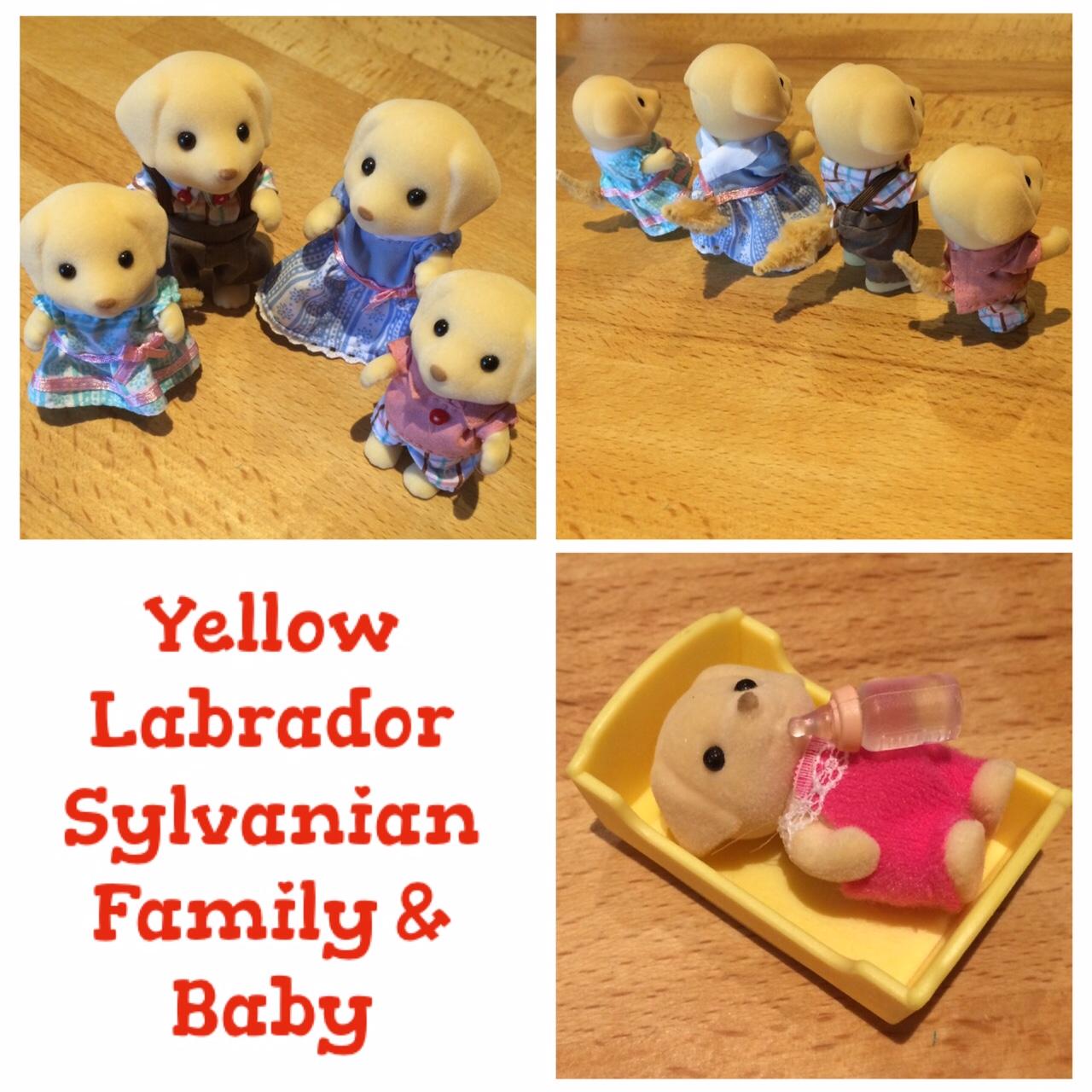 The 4 larger family members all have tails, which poke out through their clothes. This set of 4 characters has an RRP of £15.99. All 4 family members are posable. Their heads, arms and legs move, and they stand freely, and can sit down too. The baby came complete with a crib and a baby bottle, and she has an RRP of £4.99.

Both sets are suitable for children aged 3 and over. The tiny bottle included with the Baby Labrador set is very small. Definitely worth hiding if you’re not 100% confident your child won’t chew it or stick it down their ear. (I hid ours after a few hours because I caught Sam trying to eat it).

Syd has spent hours settling the family in at Beechwood Hall – They seem to have really made themselves at home! 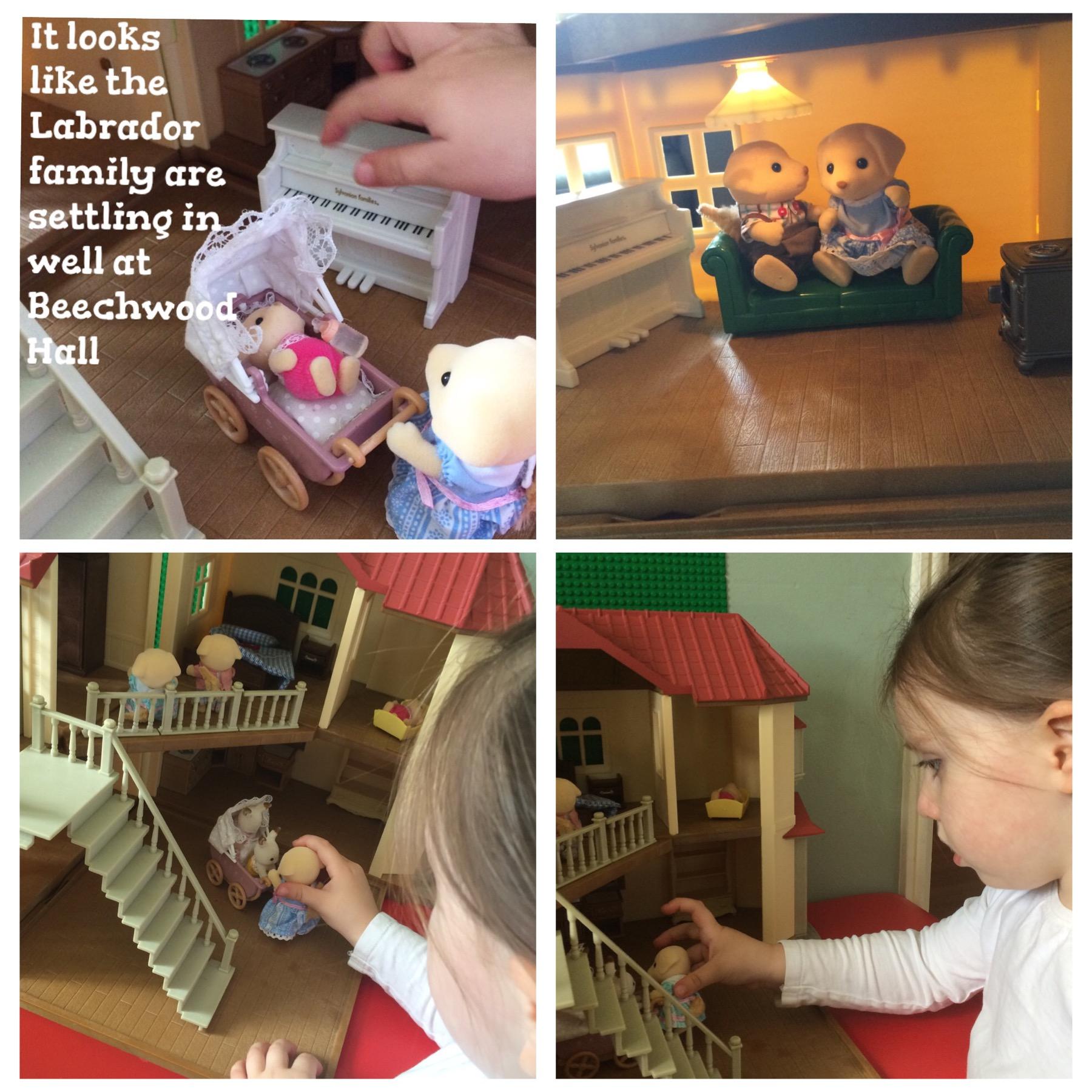 She was thrilled when she realised the characters were posable and could sit on the sofa. She’s spent hours getting them all to dance at parties downstairs, as well as doing more tedious jobs like cooking tea and making the bed. All 5 characters are high quality, and super cute. Their outfits are well made, and removable (Though I haven’t shown Syd the fact their clothes come off yet)!

The characters will stand unsupported on the stairs inside Syd’s Beechwood Hall too. I didn’t manage to get a photo of this, but Syd was very proud when she got Labrador Sam to stand on the naughty step…!! 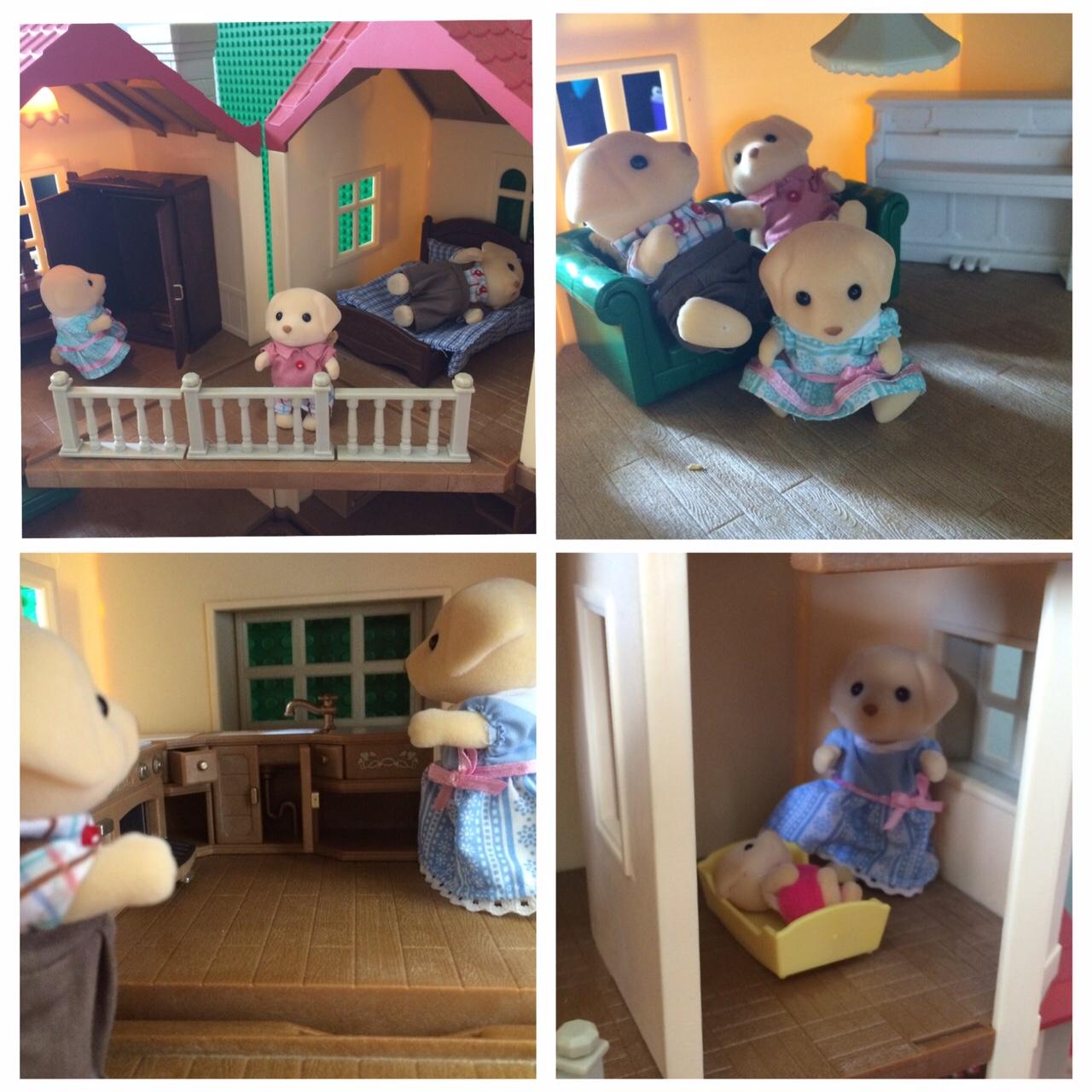 Syd has spent hours playing with the set. I am very sad though, as Syd won’t let me join in and play with her. She tells me that Baby has her own bedroom because she cries all night. Mummy fixes things and Daddy cooks the tea in the kitchen. Apparently Sam likes to have stories on the sofa, and Syd loves to go shopping for clothes. Now that I think about it, this Labrador family sounds an awful lot like our own family, you know…

All told, I highly rate the family and the baby. They are good value for any Sylvanians fan. I have a feeling they’ll be played with for a long time to come!

Now… is it mean if I buy myself a Sylvanians set so I can play too…?

This is not a sponsored post. We were sent the Labrador family and baby to review, but all words and opinions are my own (And Sydney’s)!