Today, I’m sharing my LeapPad Platinum Review. It is no secret that I am a huge advocate for allowing children access to technology. I have blogged and shared on social media how much progress my kids have made, thanks to their iPad Minis. We reviewed the LeapPad3 a while back, so when Leapfrog sent us the new LeapPad Platinum to review, I already knew the kids would love it!

Rather than spending ages showing you what is included, I made this unboxing video…

I reviewed the LeapPad 3 in depth HERE, so rather than go through all the same points again, I am instead going to focus on the differences between the two. (It’s worth reading the LeapPad 3 review as well, though to familiarise yourself with the rest of the device’s features).

The Platinum boasts a new, 7 inch screen with the best resolution to date on a LeapPad tablet. It has 8GB internal memory, and comes with 10 preinstalled apps.

The battery life isn’t quite as good on this latest tablet – It lasts upto 5 hours now, but that’s a small price to pay when you consider how much larger the screen is and how much better the resolution is on the Platinum.

The platinum comes with some demo Imagicards, so you can try the system before buying the full games. I was really impressed at how responsive the Imagicard system is – Here’s a short video of my 3 year old playing the demo cards included with our Platinum…

Differences Between The LeapPad 3 and Platinum:

I have already mentioned the reduction in battery lifespan. We honestly haven’t been affected by this though. We’ve charged the device every other day, and it’s only gone flat once in 4 weeks, despite daily use. 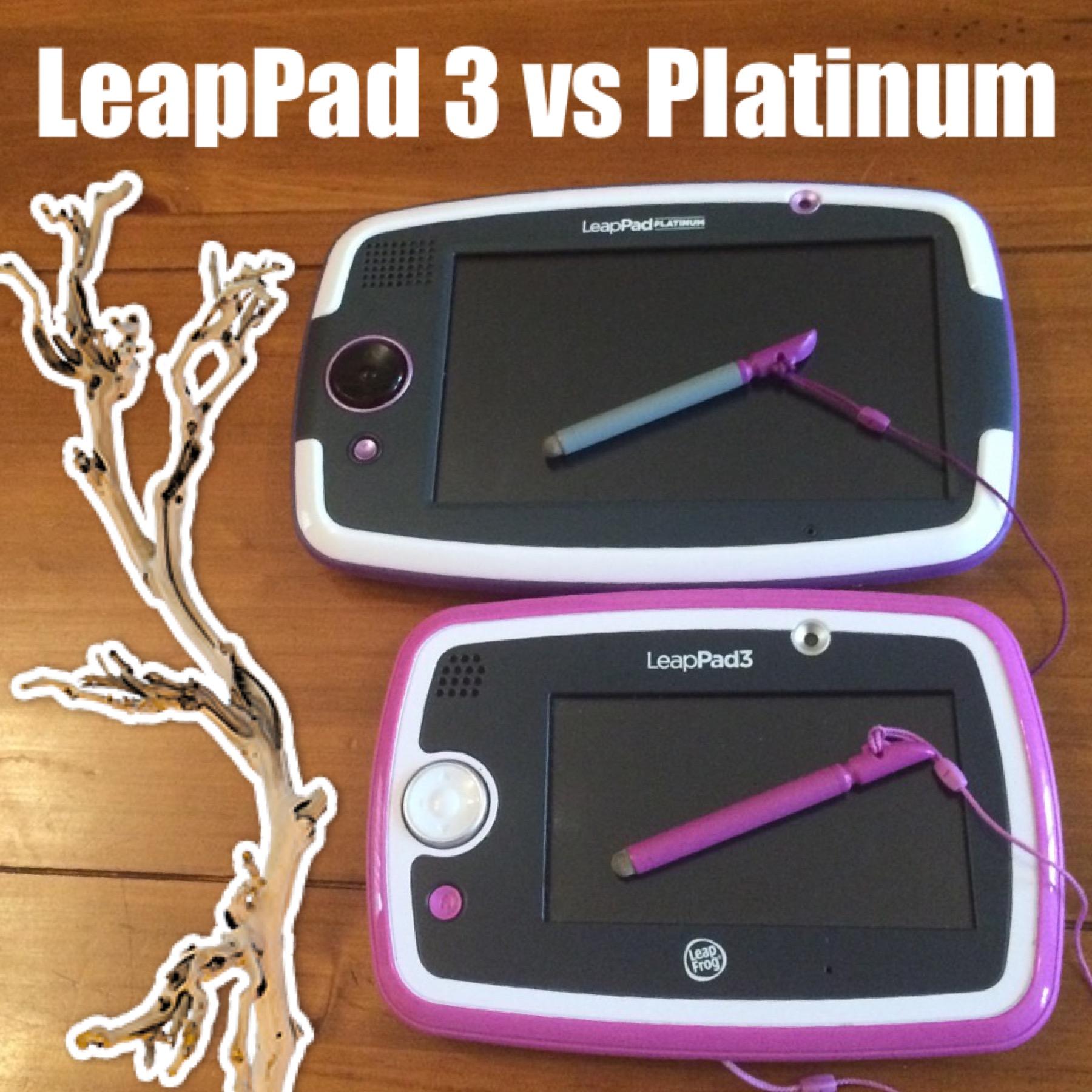 The screen resolution has increased from 480×272 to 1024×600. This is a very welcome development, and makes games much easier to play. Our existing LeapPad 3 cartridges still play on the divide, but the improved resolution makes them clearer and easier to navigate.

Along with the increased size, the weight of the Platinum has also increased. The Leaped 3 weighed in at 0.85lb but the Platinum weighs 1.205lb. This is a heavy bit of kit for small hands. My 4 year old can carry it easily enough, but my 3 year old does struggle to hold it for long periods.

All told, we really like the Platinum. It’s not quite as easy to use when out and about, as it’s larger and more difficult to store. That said, the larger screen makes it a great bit of kit, and a perfect first tab for your child. As I said in my review of the LeapPad 3, I highly recommend this device, BUT personally, I would still opt for an iPad Mini over it, if finances could stretch that far.