I am definitely one of those parents who loves to add a little magic to my children’s lives. In December, it’s Elf on the shelf or Father Christmas. At Easter, it’s the bunny. Once their teeth start falling out, it’ll be the tooth fairy. When The Irish Fairy Door Company asked if I’d like to do an Irish Fairy Door Review, I said YES without hesitation. The door has an RRP of £20 and is made in Ireland – just up the road from a centuries old fairy fort, no less.

Rather than spending ages trying to explain to you what is included in the box, I made this quick unboxing video so you can see for yourself…

My son, Sam is 4. He has Autism and usually, he’s not all that interested in things like this. He never gives our Elf on the Shelf much attention, anyway. My Daughter, Sydney is 3, and she is the polar opposite of Sam. She loves things like this, so I had high hopes for her loving the door. 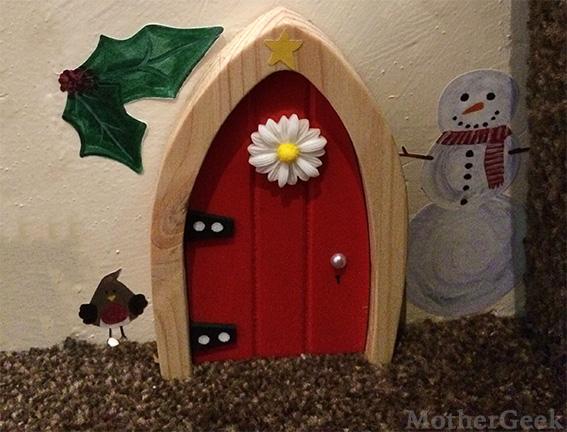 Once I read the information and realised you were meant to install it with your child, I decided to mix things up a little. As neither of my children can read or write, I figured they wouldn’t really understand the lease aspect. Instead, I began telling them stories about how, when it gets colder, fairies look for nice, warm houses to move into. A few days later, while the kids were at school, I installed our door.

When Sam spotted it, he lay on the floor in front of it for an hour, touching it, watching it and smiling. (I mentioned that Sam has autism, but he doesn’t currently speak, either). For him to pay this much attention to something new to the home is very rare.

When Sydney spotted it, she became very excited. She immediately announced that our Fairy is called Tinkerbell, and she’s her best friend! The door is really well made, and the detail is amazing. It doesn’t open, and I used double sided adhesive foam strips to stick it to the wall. I guess you could glue it or use nails too, if you want something sturdier. My plan is to move ours to the garden tree once it’s warmer so that Tinkerbell can spend the Summer months outside. 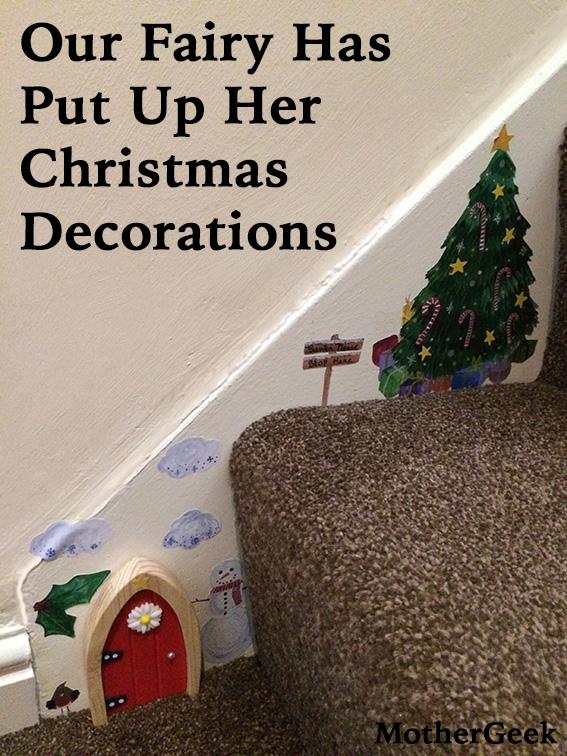 For now, we have kept the online side of the Magic Fairy Door a secret, as there’s still plenty of wonder and excitement about the door on its’ own. My plan is to introduce the online aspect once the kids can read, so we can add a new dimension to the magic.

We were also sent a sheet of festive stickers so we could add a bit of Christmas Cheer to Tinkerbell’s space. These went on easily and they peel off easily too. The kids were very excited when I added these a few days after Tinkerbell had arrived.

All told,I highly recommend the Red Arched Irish Fairy Door. It’s great quality and feels like it will last for many years to come!

I highly recommend the Fairy Door. Additionally, I think it’s a brilliant way to add a bit of magic into children’s lives. I especially think it would be an amazing addition to a Grandparent’s house. It would be a great thing for grandchildren and grandparents to enjoy together.

This is not a sponsored post. We were sent the door for the purpose of this Irish Fairy Door Review. Additionally, all words and opinions are my own.