We were recently sent the new game – Dynamite Dare to review. The game is suitable for children aged 4 and over, and doesn’t require any batteries. (Always a huge plus in my book)! 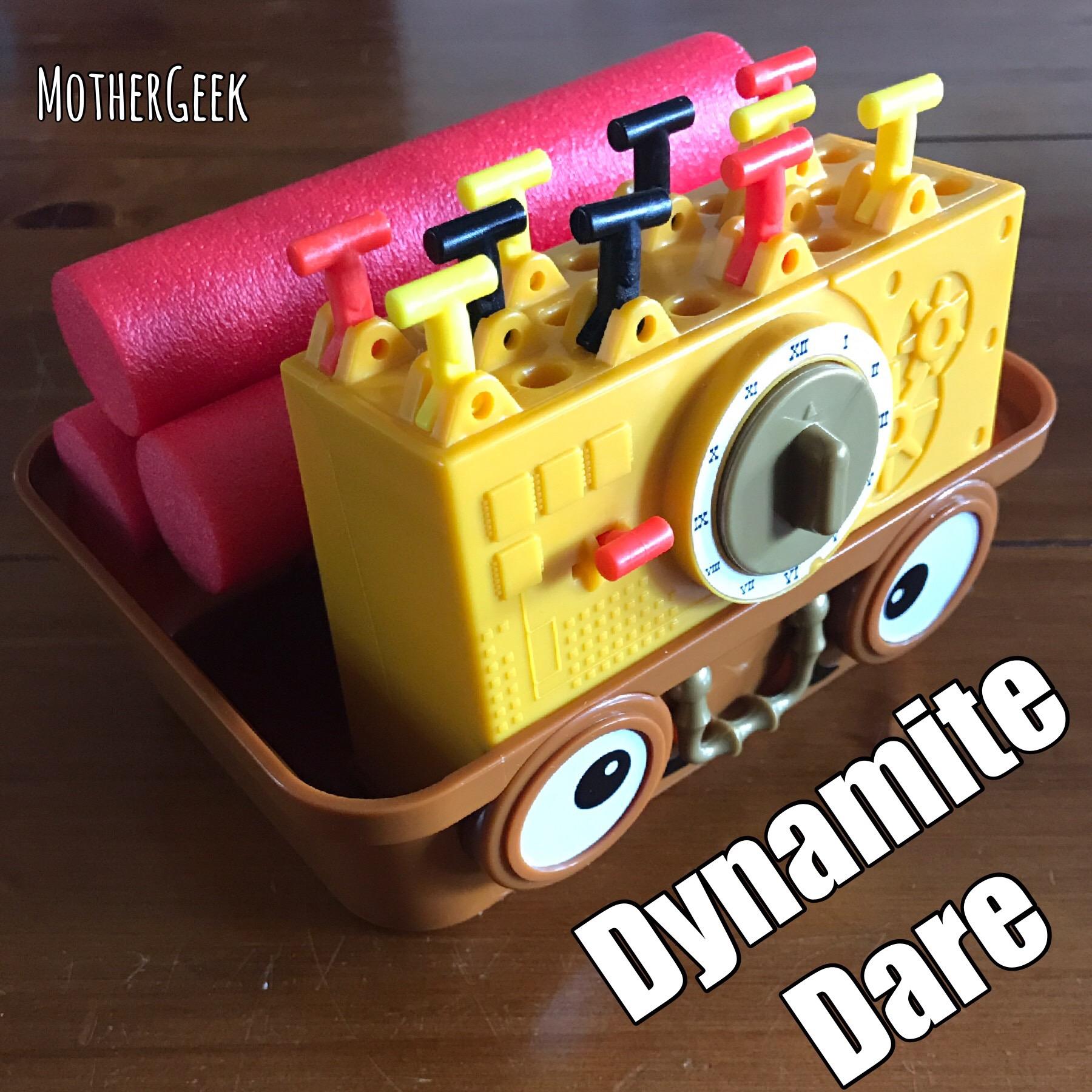 When you open the box, there’s some assembling to do. This involved putting on the stickers and adding the plastic arms which hold the foam “Dynamite” sticks then slotting the pieces together. This was all easy to do though and we were ready to play a couple of minutes after opening the box.

Rather than spending ages telling you what happens, I made this video so you can see for yourself….

The video above shows what happens when you “lose” – This happens when you flick the wrong switch OR you run out of time. If you find the diffuse switch, the timer on the front of the unit pops out instead.

My daughter is 5 and loved this game. She played happily for an hour before getting bored – this is almost unheard of with her! My son is 6 and has Autism. He rarely shows any interest in toys but Dynamite Dare really struck a cord with him. Sam loves the repetitiveness of it and the cause and effect aspect as well. He has plays with it almost every day since we received it.

My only complaint is that the dynamite sticks do roll off quite often during gameplay – especially the top one. (You’ll notice only 2 of the 3 sticks are being used in some of our video clips above). The reason for this was the arms on the reverse of the game are slanted downwards and the sticks roll off if the game is nudged during gameplay. 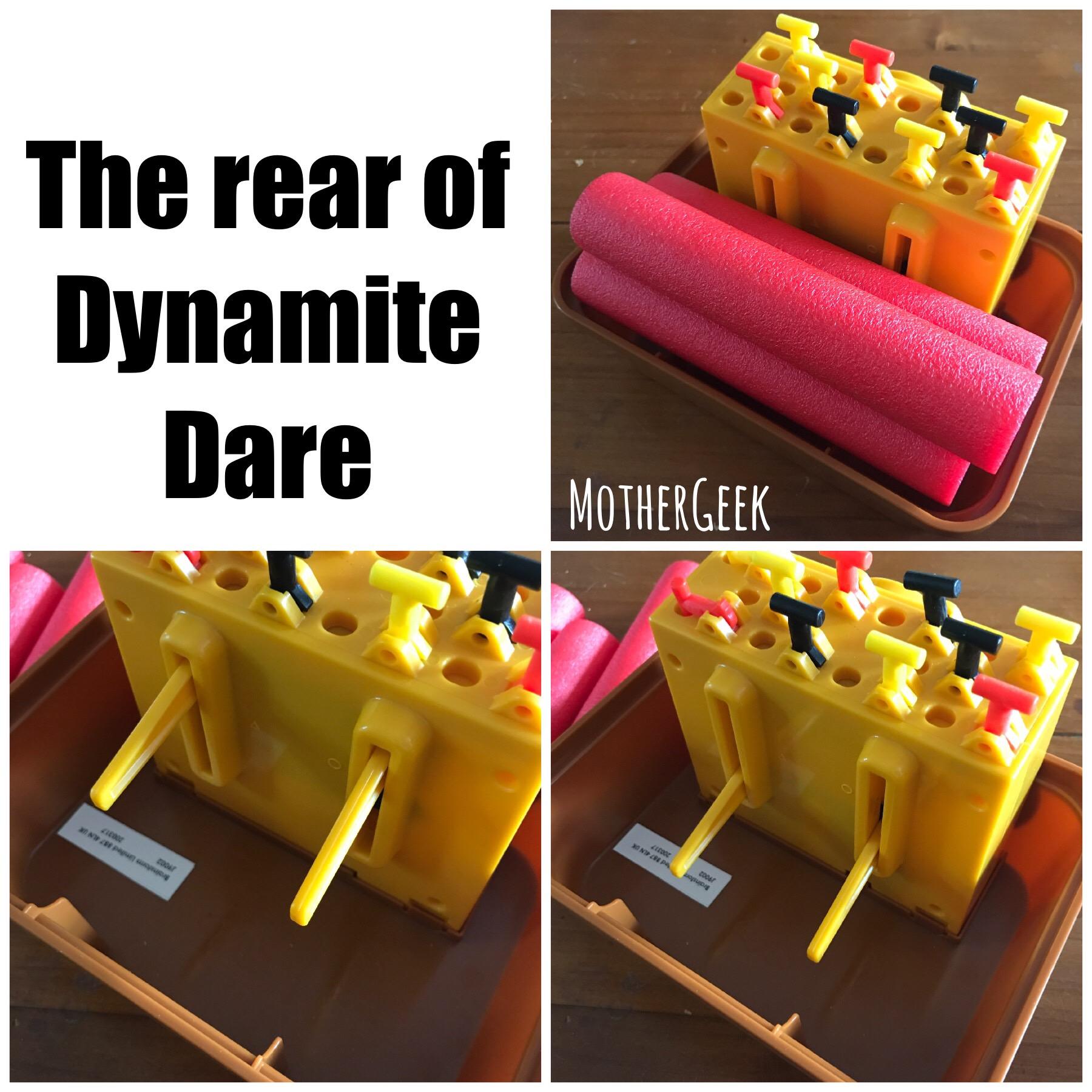 To begin with I thought the arms were on upside down or that I’d put them in the wrong side,. After I triple checked, I knew this wasn’t the case. I will say that my kids are very heavy handed so this was probably the reason it was an issue for us. It didn’t spoil the game for us, and we still had great fun playing.

All told I highly recommend the game. The £19.99 rrp is perhaps a little on the steep side, but there are always offers available if you shop around.

We were sent the game for the purpose of this review, but all words and opinions are my own. 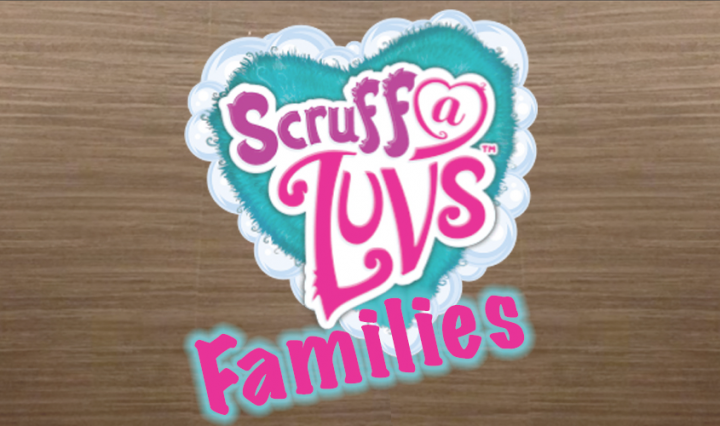