I was recently gifted two tickets to go and experience all the fun of a traditional American Circus, in Salford. Circus 1903 is a fantastic tribute to the golden age of Circus, which will have all the family captivated throughout. The show is running from 19th November until 24th November, in The Lowry Theatre, Salford. Read on to find out what I thought of Circus 1903 at The Lowry, and what you can expect. I won’t spoil all of the surprises, though!

When I read The Lowry’s write up on the show, I was intrigued to see how it would work on stage. However, as soon as I saw this Trailer video for the show, I knew I’d love it!

This is what The Lowry had to say about Circus 1903…

Roll up! Roll up! Experience all the thrills and daredevil entertainment of a turn-of-the-century circus when Circus 1903 rolls in to Salford this Winter.

The show includes sensational life-sized elephants stunningly created by puppeteers from War Horse, putting elephants back in the ring as never before. The circus boasts a huge cast of jaw-dropping and dangerous acts from across the globe including acrobats, contortionists, trapeze and high wire performers, transporting you to the Golden Age of Circus.

When I think of the American Circus, I immediately think of Dumbo. Circus 1903 definitely delivered on the Elephant front! The two Elephants (Queen and her baby, Peanut) were breath taking. They are puppets, of course – which was fine by me! The detail of the puppets, and the skill of the puppeteers was amazing… 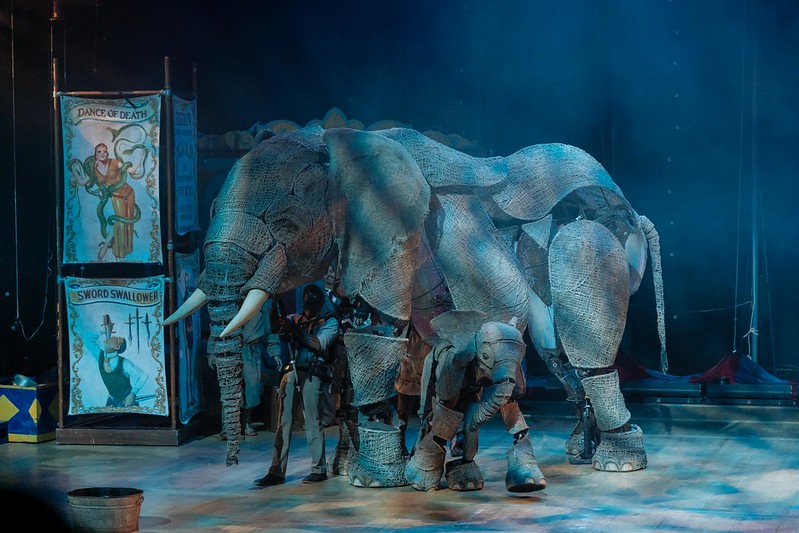 Of course, there were plenty of amazing humans involved in the show, too! Whether you love jugglers, Trapeze artists, dare devils or tumbling acts, there’s plenty to amaze you. The sideshow was a great addition too. This part of the show played on the fact so many circuses used to hustle the guests and trick them with “bearded ladies” and such like. I was particularly impressed by Serpentine Sinuousness, who could contort her body into some truly mind boggling positions… 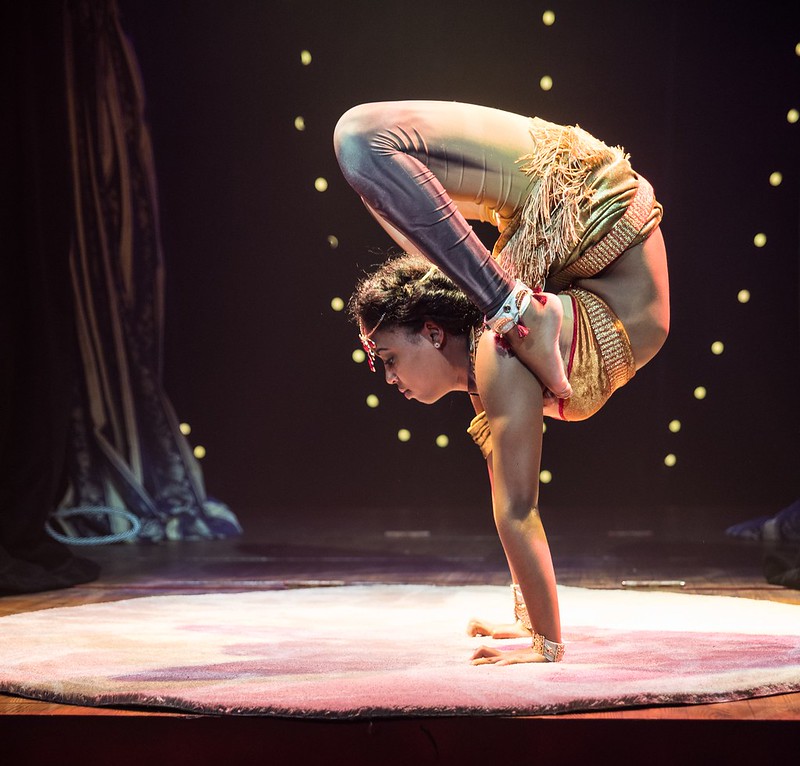 The show was engaging throughout, and there was a lot of audience participation. Ringmaster Willy Whipsnade leads you through the show, and he is absolutely brilliant at keeping both the adults and children on the edge of their seats. 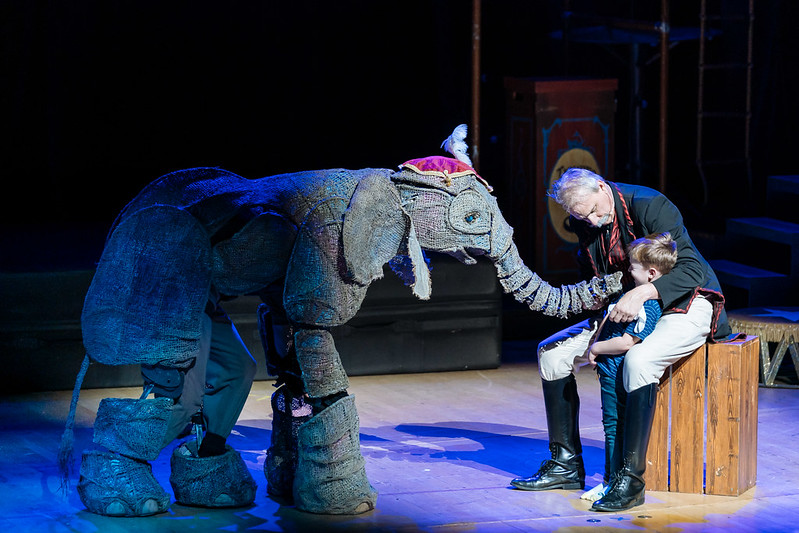 There were a couple of moments when I had tears in my eyes from Willy’s words of wisdom to his young helpers from the audience. He had me literally crying with laughter too though. I am not talking a little chuckle either – I mean full on, mascara-down-face, cheeks aching laughter.

The show is 2 hours 2o minutes long, including the interval, and is perfect for all the family. The music is loud though, so I’d say ear defenders may be needed for those who are sensitive to noise. Tickets are priced from £18 each, with morning, afternoon and evening shows available. I’d recommend choosing seats in the Stalls if you want to get involved with the show. All told, I really enjoyed the show, and would highly recommend it for families looking for a magical show to watch.

I was provided with a pair of tickets for the purpose of this review, but all opinions are my own. Finally, If this Circus 1903 at the Lowry review has been useful, why not check out more of my theatre posts here. 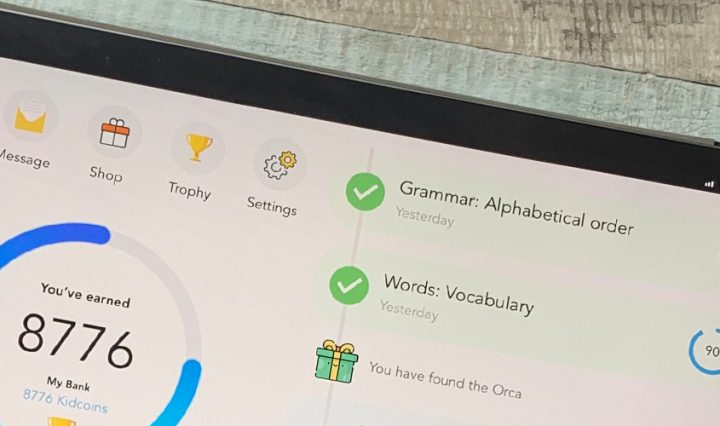