It’s no secret that I am a total geek. What you may not know is how much of a Nintendo geek I am. I’ve still got my original Nintendo Gameboy, which is geeky enough. But I also splurged on the NES Classic and SNES Classic consoles when they were released. A Month into lockdown, I finally got myself a Nintendo Switch. I’ve been after one since they came out in 2017, so it was a long time coming! When I was asked to do a 51 Worldwide Games review, I was happy to agree. So read on to find out what I thought of the game in this honest review.

51 Worldwide Games is a compendium of some of the most loved games from across the globe. As you play each game, you learn facts about the game’s history and evolution. 51 Worldwide Games has an RRP of £34.99 and a minimum age requirement of 12 and over. This is probably due to the chat features within the game. You can play multiplayer either against the computer, against friends you’ve added or with random players.

Which Games Are Included:

As the game title suggests, you will find 51 different games. They are: 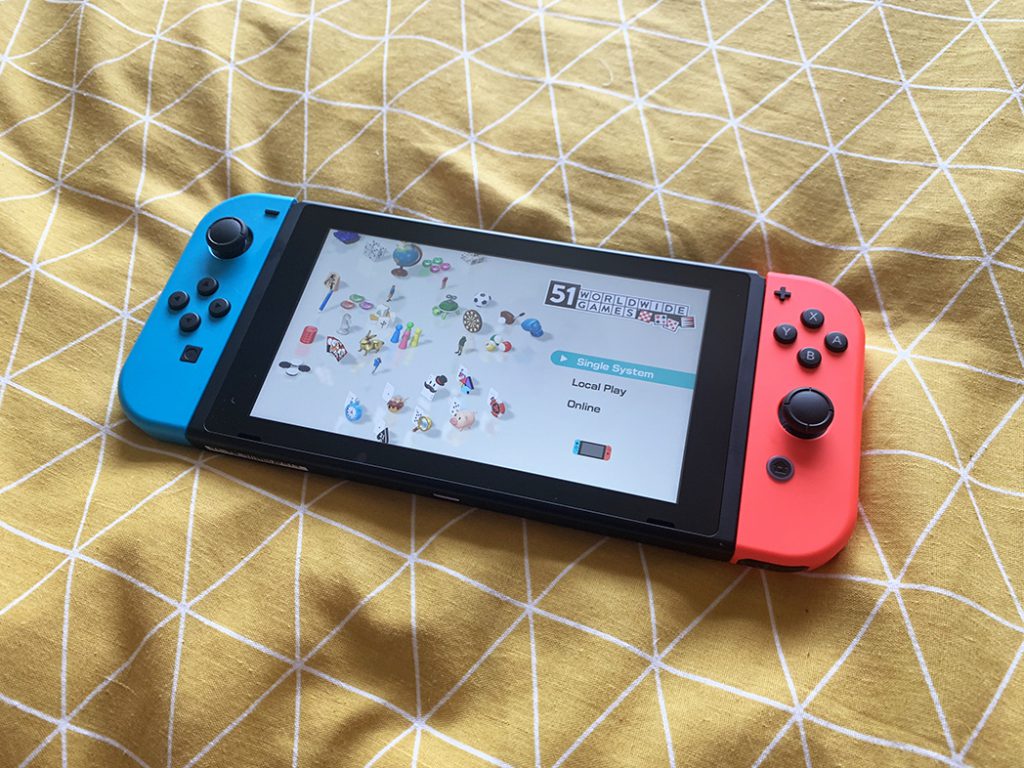 A lot of the games were ones I’d never heard of. This wasn’t a problem though. Each game has an interactive tutorial which teaches you the rules as you play. The first game I played was Mancala. This game involves moving gems around a board, and it took me abuout an hour of playing to become a “master” and beat the computer. This video shows you a selection of the games included…

Before long, I stumbled across Yacht Dice. This is a dice game which involves lots of thought and strategy. The game talks you through how to play and then you’re left to play against the computer. You take it in turns to roll 5 dice up to 3 times. You can “hold” dice and the aim is to get the most points as you play. 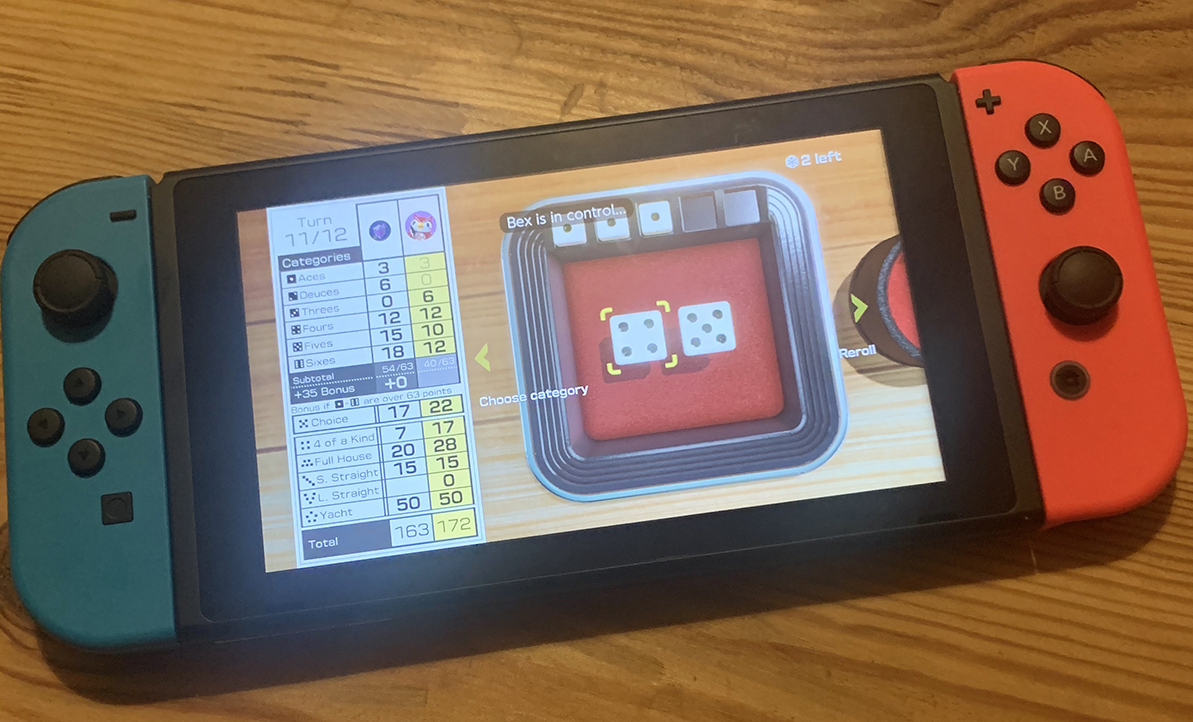 Once I’d played a few games of Yacht Dice, I invited my friend Bex to play against me, online. Bex is a real life friend who I added to my Nintendo friends list via her friends code. She had already purchased the game, so we were able to play against one another, online.

You both need to have activated Nintendo Switch online for this to work. Additionally, you can opt to activate the voice chat feature  in Play with Friends mode. So you can talk as you play. Bex lives over 80 miles away, so this feature is a great way to “spend time with” friends and relatives who aren’t local.

With the full game, you also have the option to play against a random online player. This option does not support chat, so there’s no concern about “strangers” communicating with younger players in your household. Additionally, player you play can’t just add you as a friend. 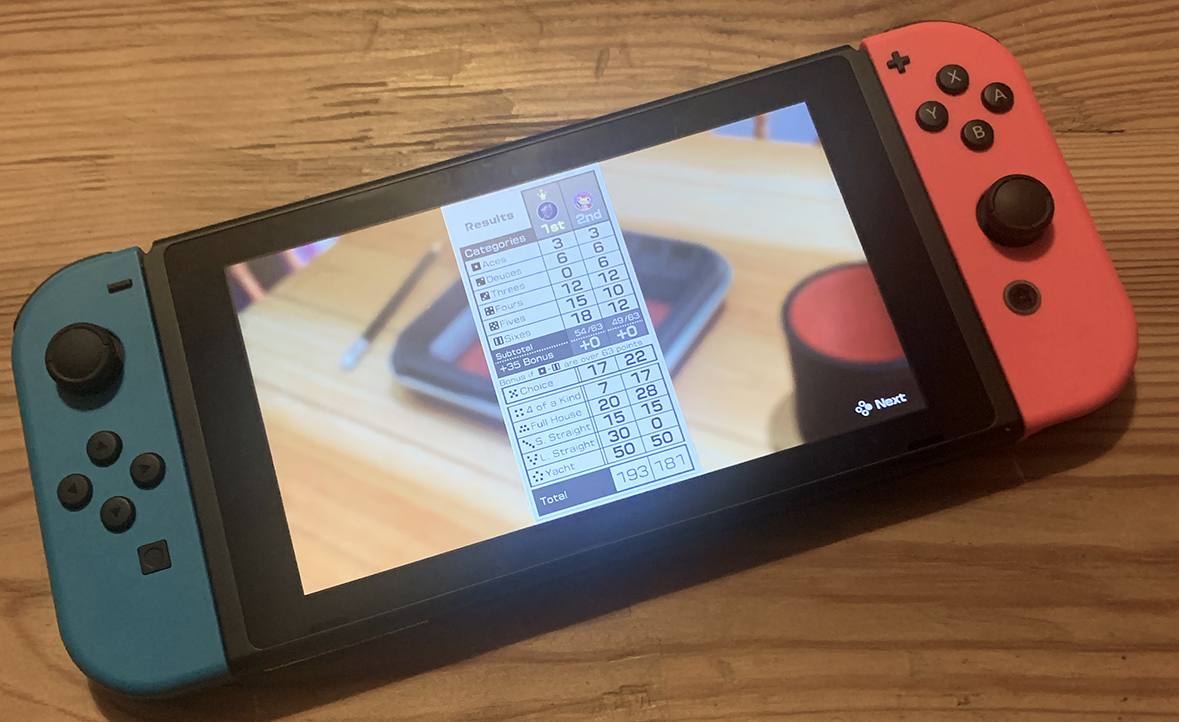 I loved the graphics and general design of 51 Worldwide Games. The tutorials in particular were much better and more interactive than I expected. Within the game, plastic looking characters guide you through the games and tutorials. These got a little annoying after a while, but you can usually skip tutorials if you want to.

I love how many educational games there are. These will definitely teach kids (and big kids) things like strategy, patience and logic, amongst other things. All told, I’d definitely recommend this game if you’re looking for something to keep the kids entertained. It’ll definitely do that, while still keeping the old grey matter ticking over.

*I received a digital copy of this game, for the purpose of this review. Affiliate links are used within this post.