Skip to content
Home » Lifestyle » My Journal » Half Term Hygge Fun with Plusnet
1,595

Last week was half term, and the guys at Plusnet sent us a lovely box of Hygge goodies. The term “Hygge” was a new one on me – it’s is a Danish expression, pronounced “HUE-gah”. It is interpreted as, ‘The Danish ritual of enjoying life’s simple pleasures. Friends. Family. Graciousness‘. Plusnet figured there was no better time to introduce us to Hygge than half term.

We received a cute box of goodies to help us have a family film day, and to make a super cool den. We opted for an “over the table” den, which worked really well as we have a higher than standard table. 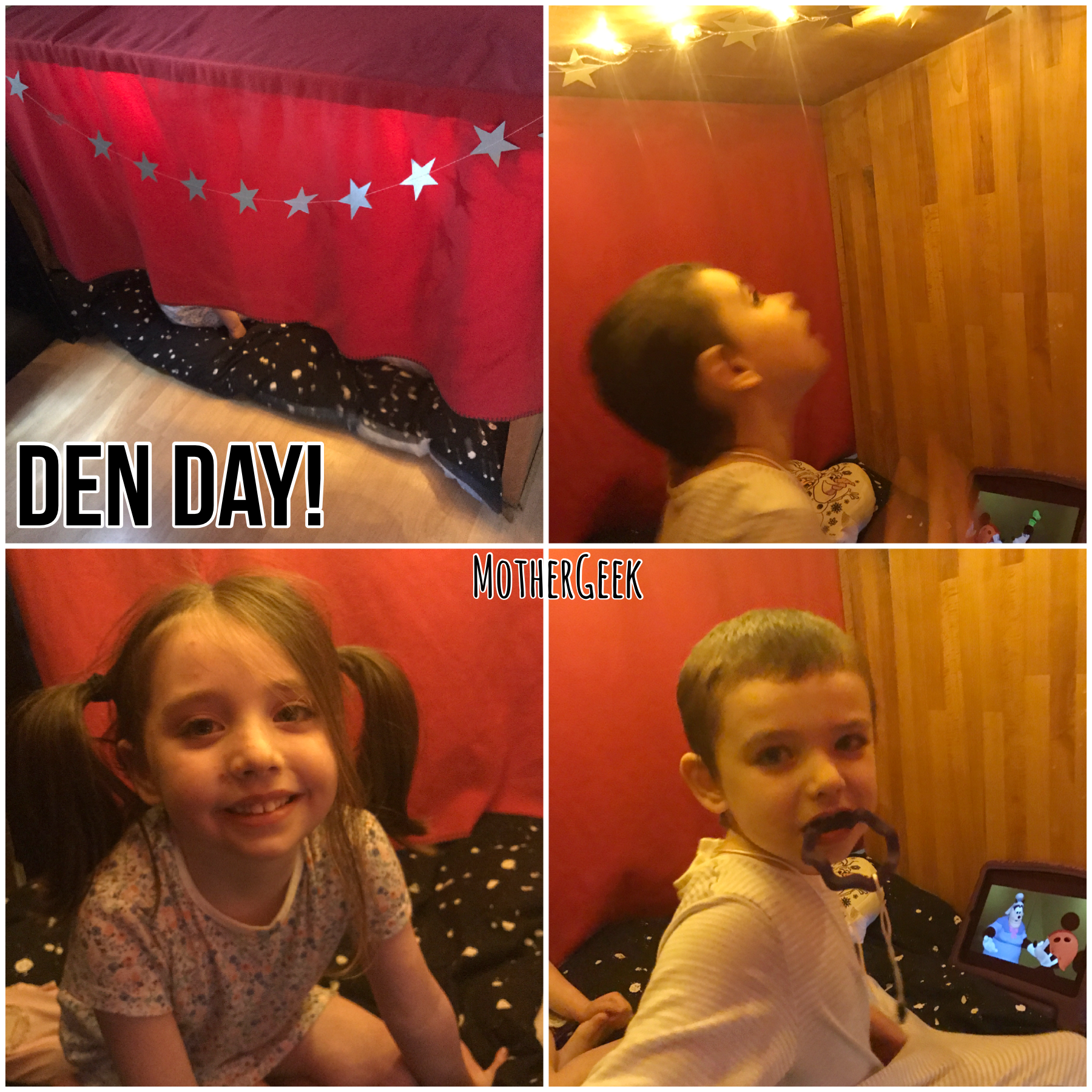 Firstly, I popped a duvet down so the kids had a nice comfy place to sit. Secondly, I stuck battery powered fairy lights to the underside of the table with Blu-tac. The kids had an amazing time playing in there together. After a while, I stuck this poster to the blanket to see who’d spot it first….. 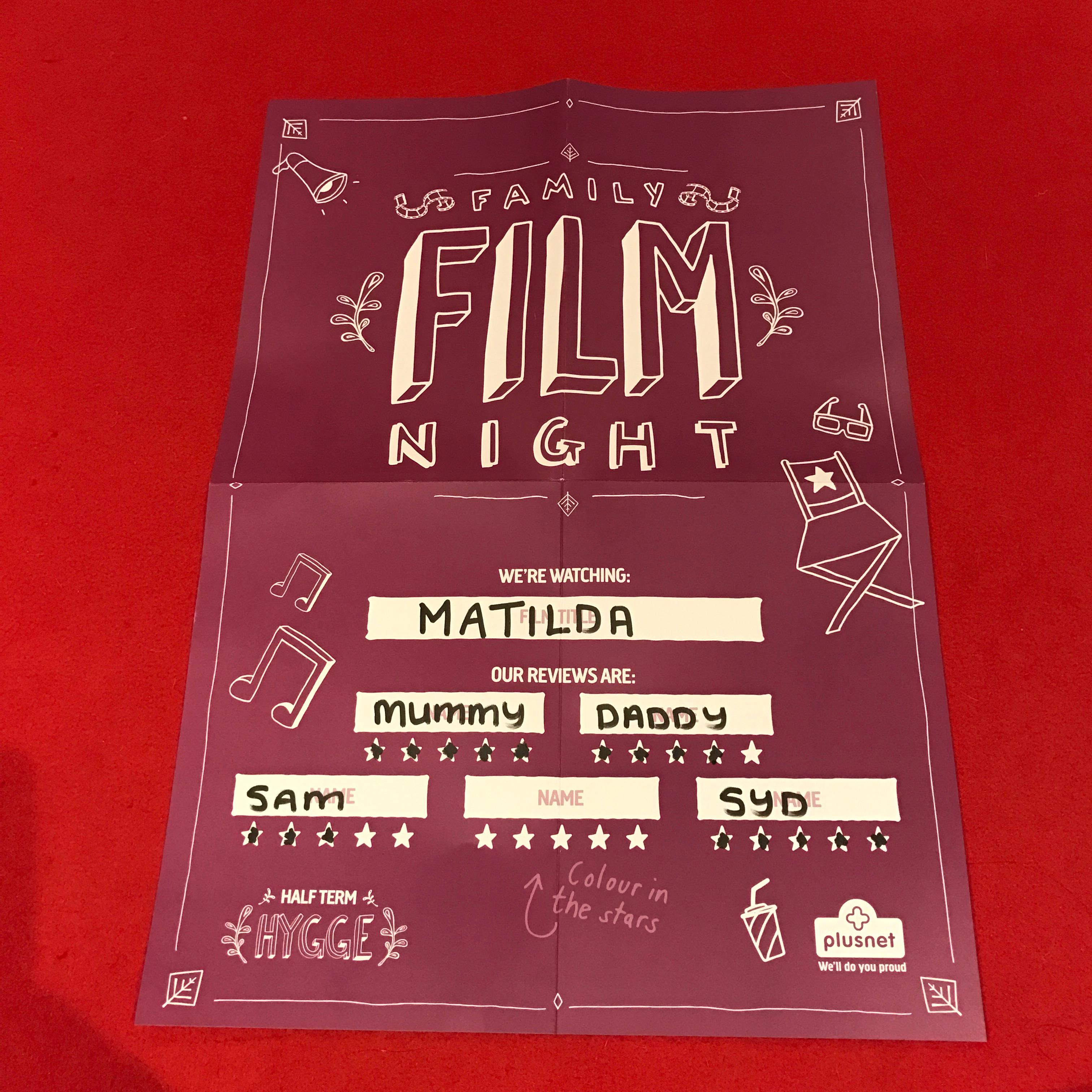 I popped the DVD on in my bedroom and we all snuggled up in my bed to watch it. Sam lost interest pretty quickly and went back to the den. Syd and I loved it while hubby enjoyed it too. I’d love to share a photo here of the popcorn I made, but it was all eaten before I managed to grab a photo.

Poor Syd is off school with Chicken Pox now, so we’ve had great fun making Danish Biscuits this morning. 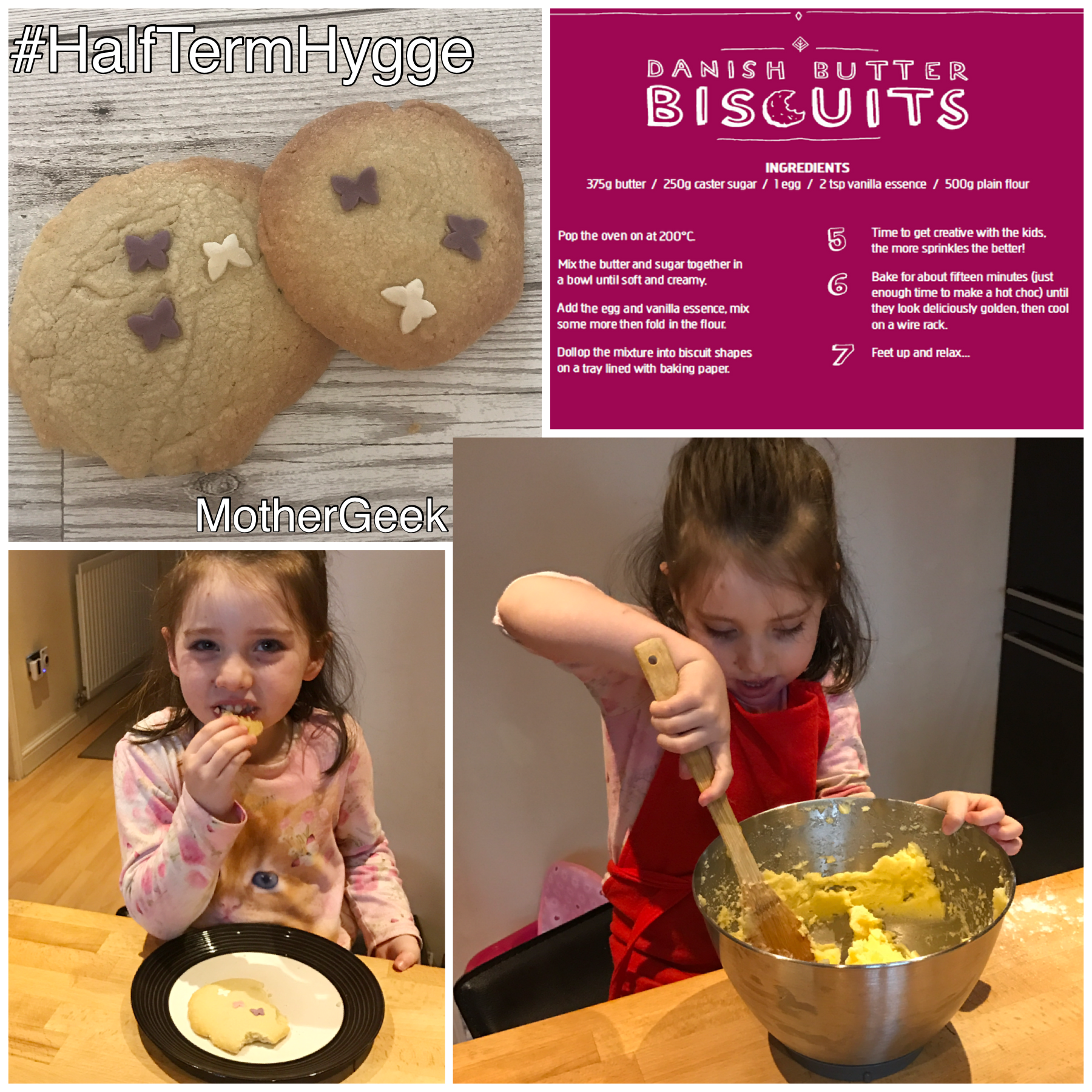 The recipe makes a lot of biscuits, but I’m sure they’ll all get eaten as they were EPIC! (I even broke my own diet rules and had one). My tip of the day is: Leave the butter out in advance so it’s soft! We didn’t and it took us ages to soften… My arms are still aching now, 10 hours later!

In our box of goodies, we also received one luxury hot chocolate pack – anyone with two kids knows this is a recipe for disaster, so I had stealthily hidden it away. Syd spotted it while we were sorting out the baking ingredients, so of course “The patient” had to indulge in a mug of hot chocolate while she waited for her biscuits to bake… 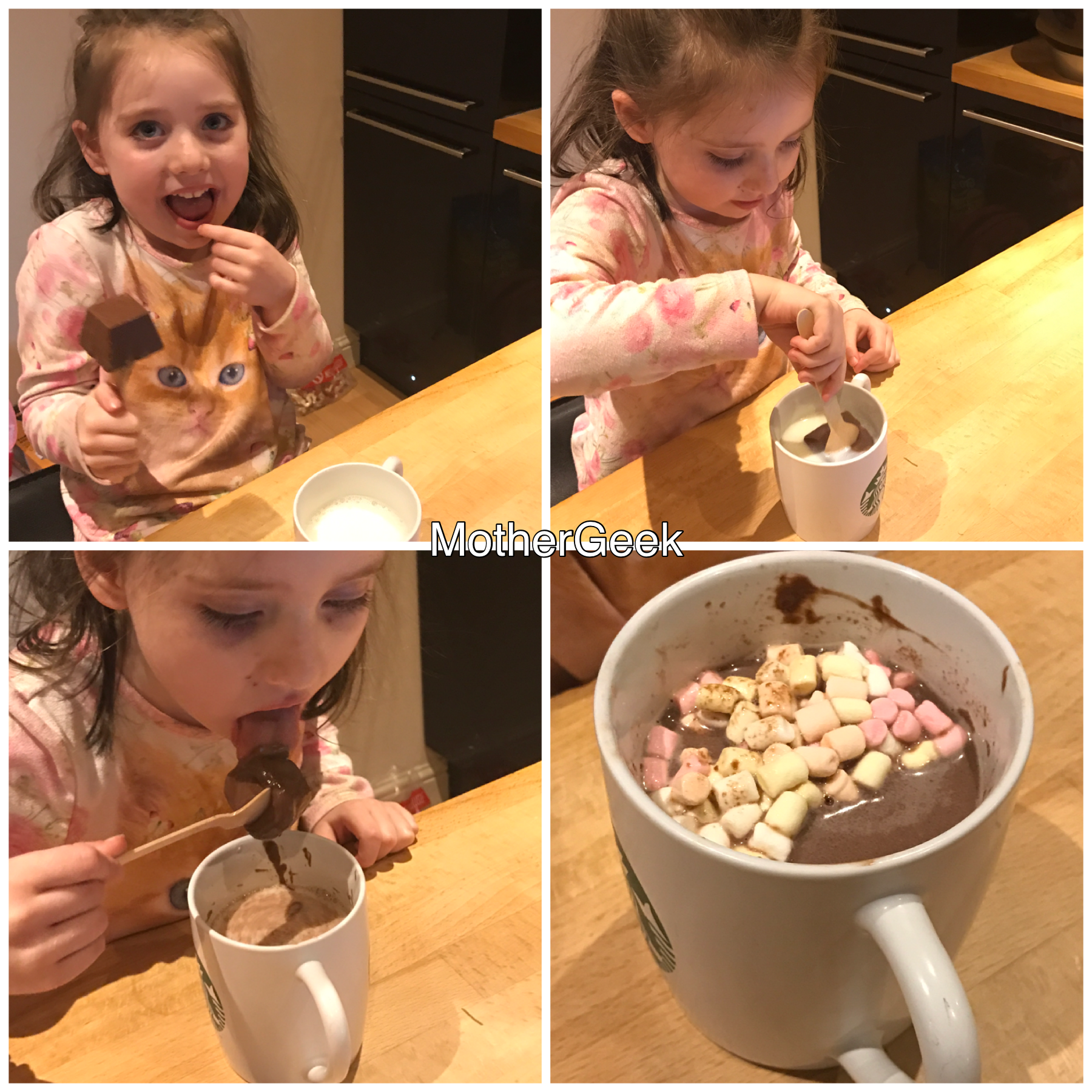 We’ve really enjoyed having some Hygge fun this half term.

We received a box of items to help us have some Hygge fun, but all words and rubbish photos are my own. 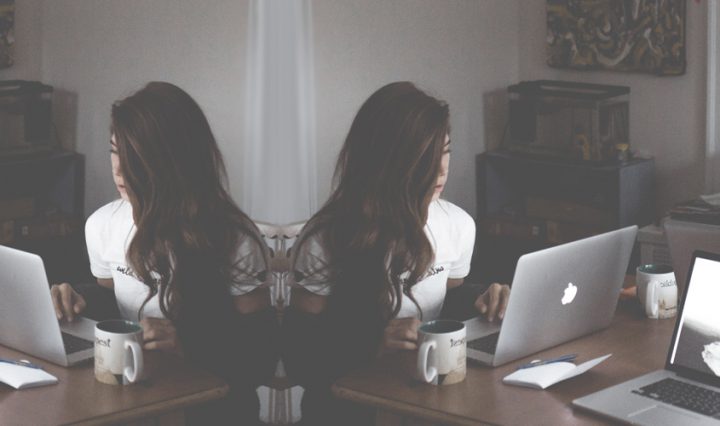